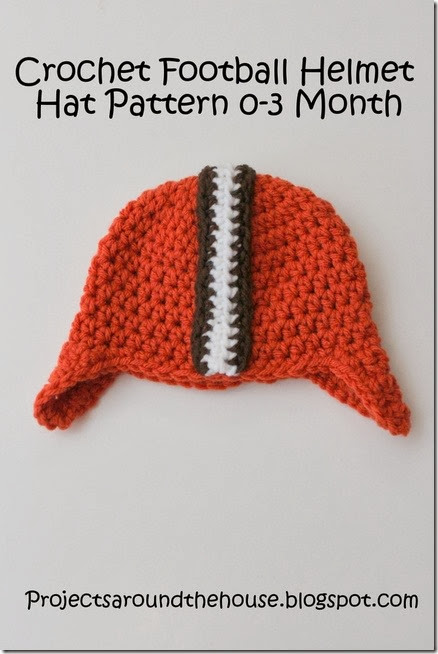 When I asked Mike what kind of hat he wanted me to make for the baby, he immediately wanted a Brown’s football helmet hat. I have made a lot of different variations of these hats and the Browns is so easy because they don’t have a logo on the side to figure out. Of course our little guy will have to be a Browns fan since we live in Northeast Ohio. Even if the browns never do win 🙂 I made this hat in a 0-3 month size so hopefully it will fit him throughout the winter.

If you want to add braids to this hat it would be a really cute addition. Mike opted for no braids so that is why I left them out. If you are looking for a different hat size I have a toddler version and an adult version too.

Stripe
In white CH 34. HDC in 2nd chain from hook and each CH across. Fasten off. Weave in ends.
Join brown in last stitch of white piece. SC in around white piece putting two SC in the corners and stopping on other side of the join. Fasten off. Leave an extra long tail for sewing. Stitch to center of the hat. (I like to use safety pins to hold the stripe in place while sewing.)

You may use any of the patterns I create for personal use. If you would like to make an item to sell with my patterns you must link back to the pattern on my blog. You can not sell my patterns as your own. 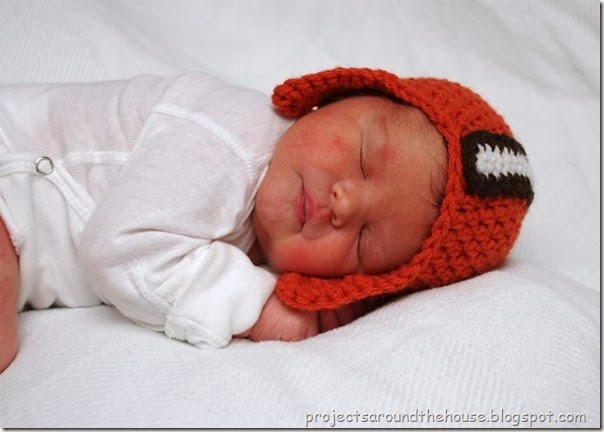 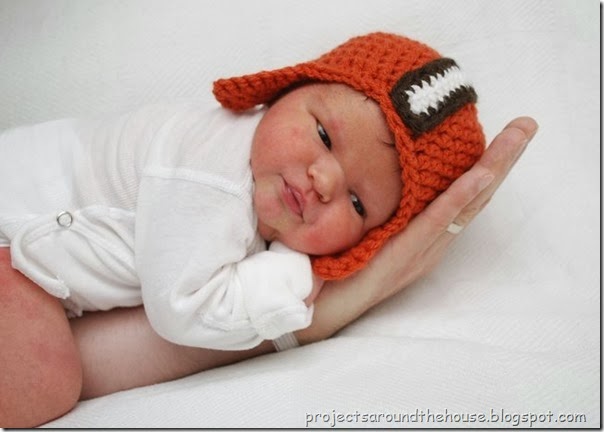 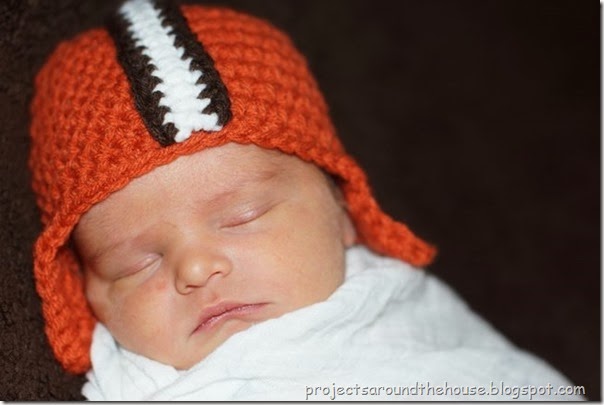 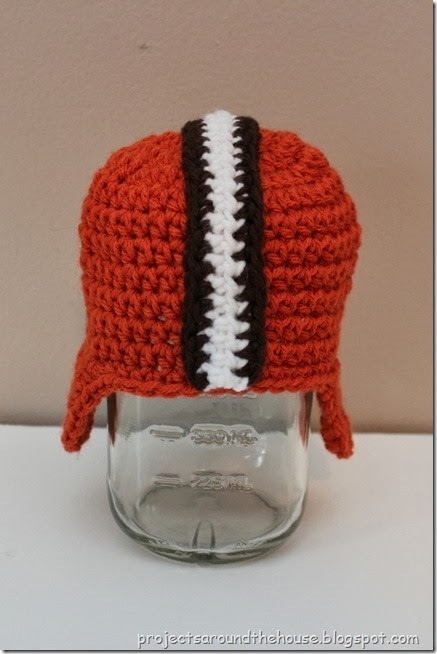 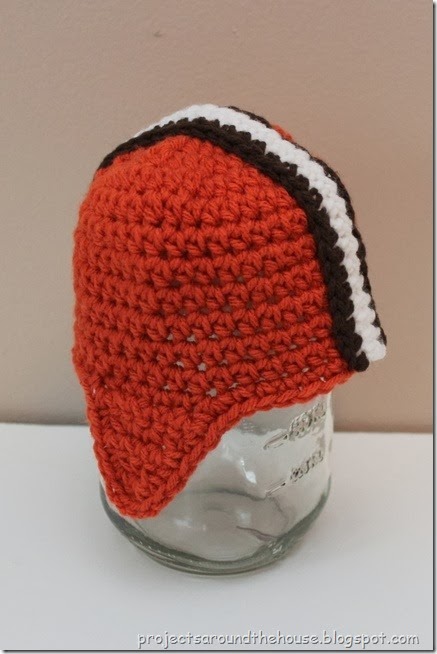 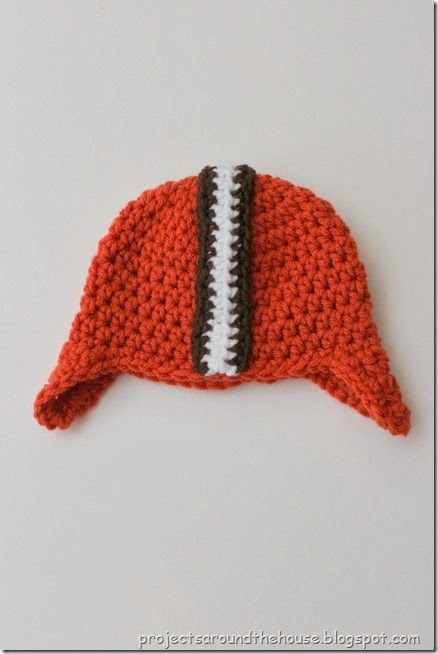