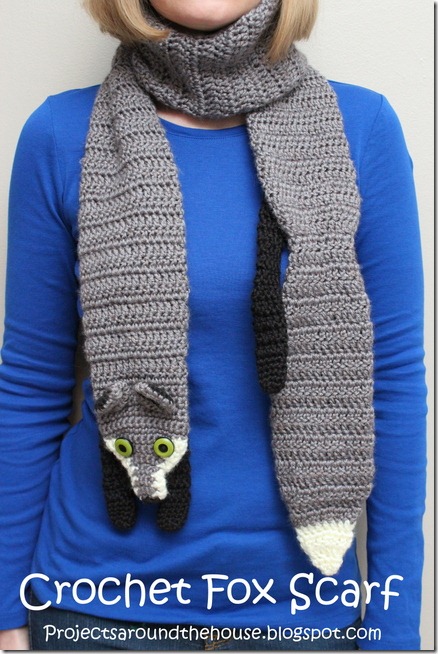 I did it! I finally finished crocheting the fox scarf I was working on. I’ve been working on it for about three weeks. At least that’s how long I think it was I lost count somewhere in the middle. This was definitely the most challenging project I ever worked on.

My friend asked me to make her a fox scarf. I found this pattern on Etsy. It’s the first pattern I ever paid for but I feel like it was worth it. I never could have come up with this on my own. I used Bernat Satin for the grey body and Caron Simply Soft for the black and cream parts. My friend really like the feel of the Simply Soft but I don’t think the weight of the yarn would have worked for the body since it’s crocheted with an I hook and I don’t like that combo turns out. I was pleased with the way the Bernat Satin worked up.

This pattern is worked in the round with turning. I had a hard time understanding that since I never turn my rounds. I had to Google it to make sure I was doing it right. Somewhere in the body of the scarf I did end up losing four stitches to I had to modify the tail part slightly because there was no way I was going to go back and figure out where I went wrong! Especially because it wasn’t noticeable.

I also made the scarf 8 inches shorter than the pattern called for. I discussed the length with my friend and we measured one of her scarf’s that she likes to wear to get a good length for her height. I actually think it would have been too long the way the pattern was written.

I found the buttons for eyes the pattern called for at Joann’s and I think they are perfect. I did not use the second button in the center though.

So that’s my fox scarf story 🙂 I don’t really see myself making another one anytime soon. I prefer to keep my projects much smaller, like hats and ear warmers. You can expect to see lots more of those from me in the future. I already have a new design in mind. I won’t rule out another scarf though, just not this one for now. 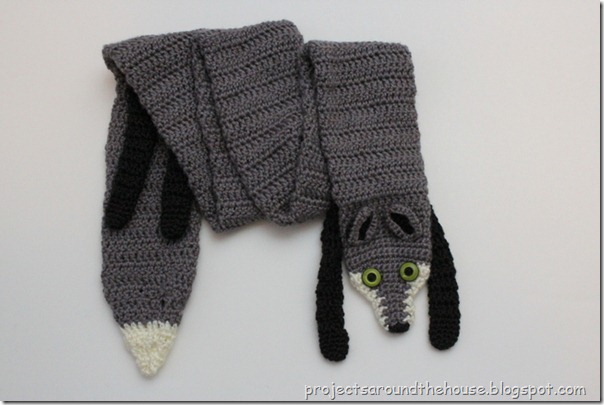 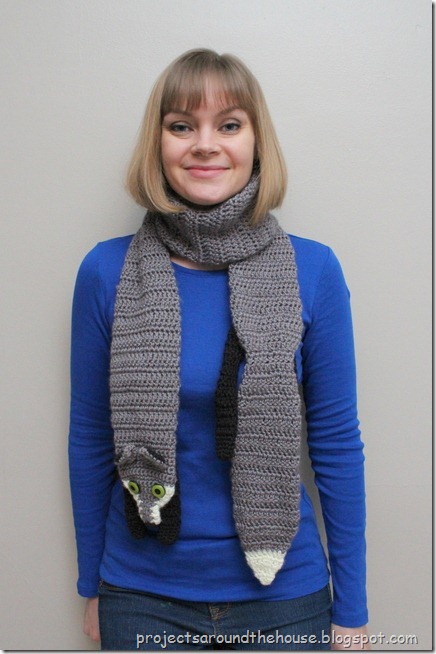 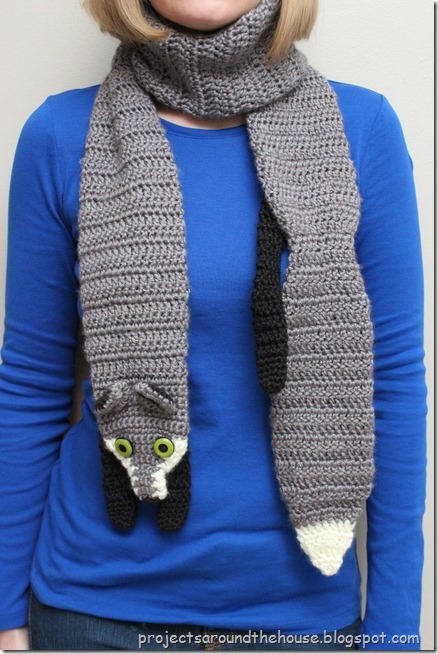