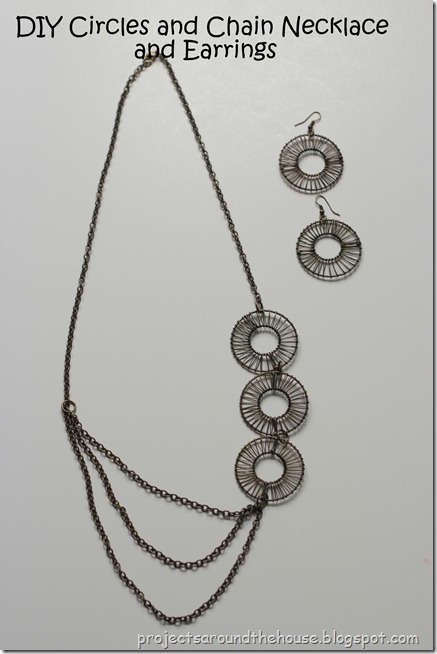 I got some cool circles at Michaels on clearance a few months ago. I bought them thinking I could use them to make some fun jewelry. They sat in my craft stash for a while. The other day I was on a jewelry kick and I felt inspired to make something with them. I had bought matching chain and already had matching findings so I laid everything out to figure out what I wanted to make. 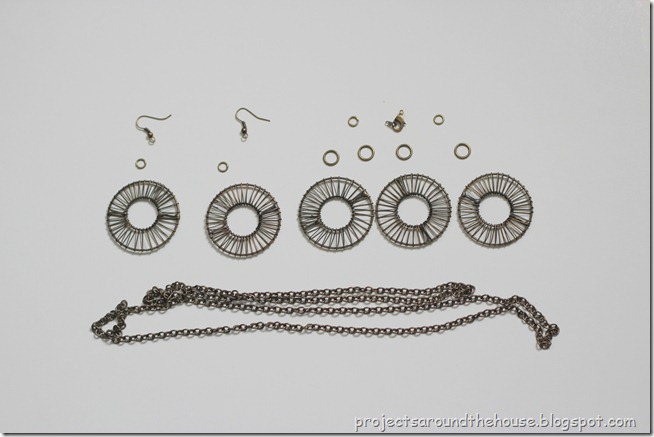 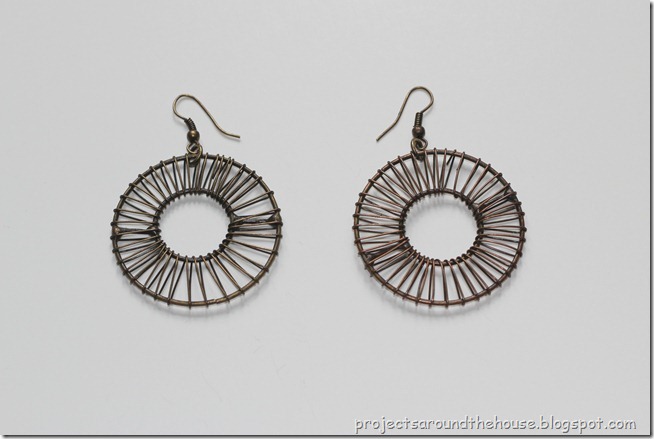 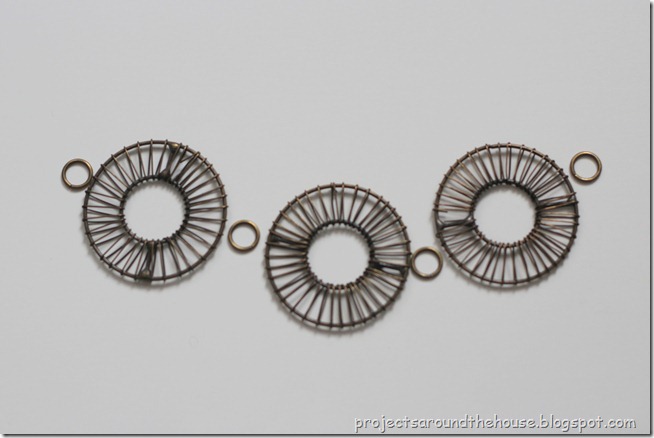 Once I got the circles attached I attached one end of the chain and tried it on in front of the mirror to get an idea of how long I wanted the necklace to be. I originally though I would put the circles in the center of the necklace but when I tried it on they were on the side and I loved the way it looked. I cut the chain at the length I wanted and then cut it where I wanted to attach my closure finding.

I still had a little piece of chain left. I wanted to add some more interest to the necklace so I decided to add it on. I played around with the way it looked until I found a design I liked. I used a jump ring on the opposite side of my circles. I opened it up and slid my extra piece of chain on and then attached both ends of the chain to one of the jump rings connecting the circles. 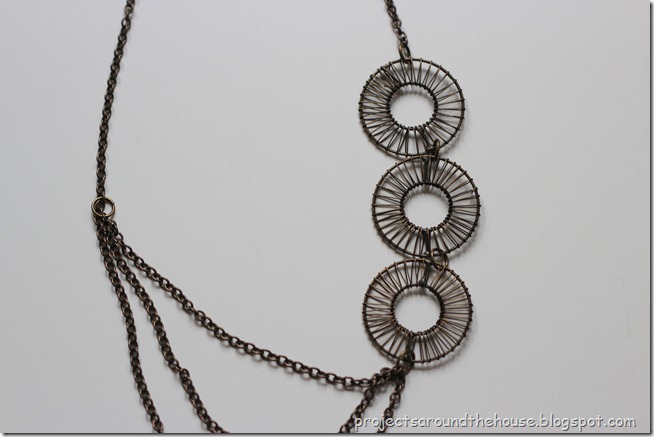 I don’t have step by step pics because I didn’t really know what I was making until it was done. I’m quite pleased with how it came out considering the design just happened as I played around with the chain and circles. 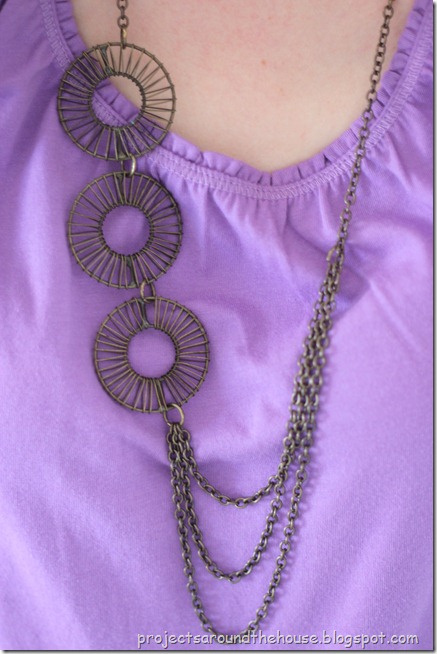 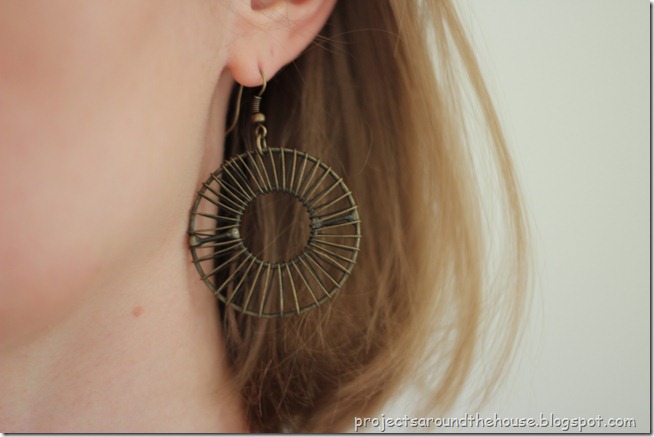