Check out the adorable Elmo Shirt and Ponytail Holder my sister in law DIYed!

Having this blog has sparked a lot of creativity around our house but it also seems to be sparking creativity in our family. For instance, my sister in law Elizabeth has made some really great projects. She was the one that made the Elmo cupcakes for her daughter Emmy’s second birthday. She is going to be taking Emmy and her older sister Hannah to a Sesame Street show. Instead of going out and buying shirts for the girls to wear to the show she made her own!  Plus she made a cute ponytail holder too. 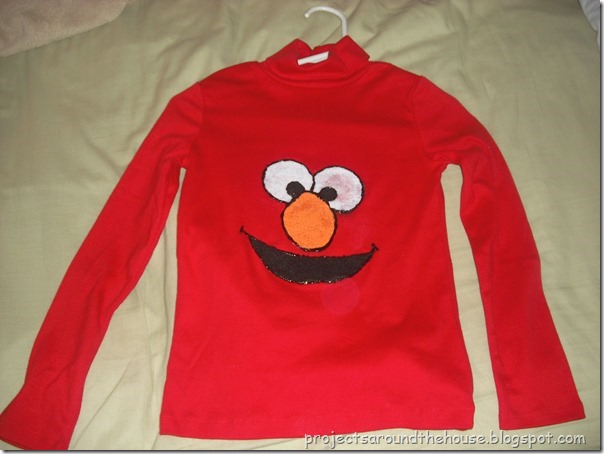 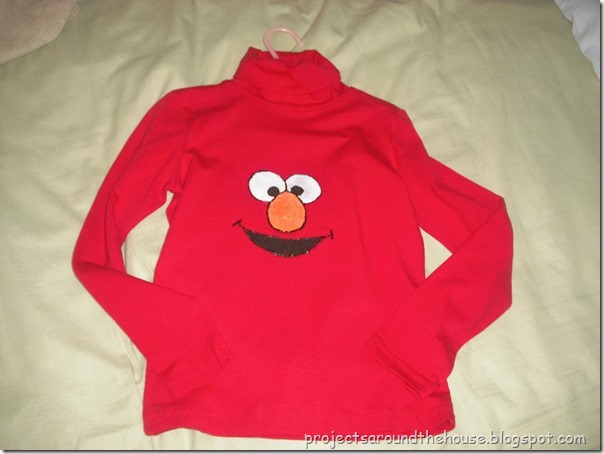 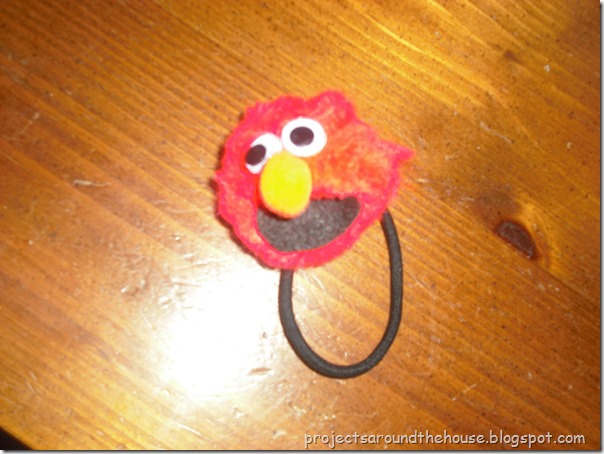 Here is Elizabeth explaining how she made these adorable creations.

To make the Elmo shirts:
First I googled “Elmo Face picture” and printed it out. I enlarged it for Hannah’s shirt. There are a lot of pictures and templates online.

I cut the eyes, nose and mouth out. I left the two eyes together as one piece. I traced them on to felt.(used a white crayon to trace on the black) I got regular felt but later I saw some iron on felt at Joann’s, it was $1.99 a piece. I bought black felt for .20 and a multi-pack for 3.99 that I will use for other stuff.

I cut the felt pieces out. Before I glued them on to the shirts I inserted card board into the shirt so the glue and paint didn’t bleed through to the other side.

I glued the felt on with fabric glue. (First I tried glue that you put on and then iron on….it didn’t work and I had to cut out new pieces.) I let this dry about 24 hours and then outlined all the felt pieces with Tulip brand black fabric paint. I used black felt for the black part of the eyes and outlined it but you could probably just fill it in with black paint if you wanted to.

When doing the paint I did about half and then let it dry and then did the other half. I did this because I found that my hand kept getting into the paint and got on the shirt. (It cleaned right off.)

To make the Elmo ponytail holder:

This idea I got online but instead of pony tail holders they were using 3 inch pom poms and making keychains.

*small parts could be a choking hazard

Thanks Elizabeth for sharing! I love what you made and I know the girls will have a great time wearing their Elmo shirts.