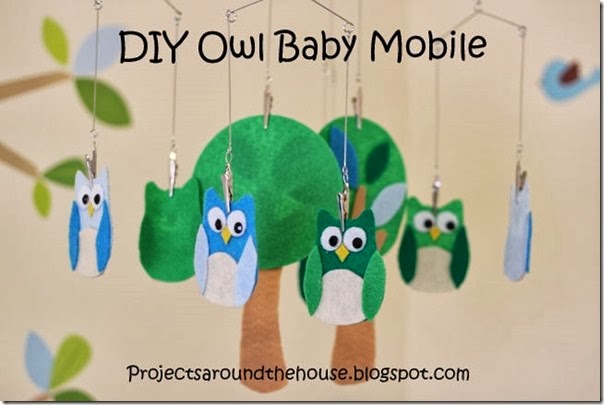 Even though our little guy’s room is mostly done I haven’t shared many of the projects we’ve been working on. I was thinking about saving them up for the first few weeks he is here but since I don’t have anything else exciting to talk about today I’m sharing this cute DIY owl baby mobile I made.

The theme in our room is owls and I wanted to make something special to go along with it. I can’t even add up the number of hours I spent on Pinterest trying to find the perfect owl mobile idea. At first I thought I would crochet something but it seemed like a lot of work so I started looking for felt. I found an adorable owl mobile from Homemade by Jill. There is a link to the tree template and she used this owl template from Juicy Bits.

There was still a bit more work than I was interested here because the owl are all hand sewn and stuffed in both tutorials. I was not interested in hand sewing eight owls and two trees with tons of parts so I decided to hot glue everything. It was so much easier but it still took quite a while to cut out all the little pieces and match them all up. I did finish the whole project over a weekend. 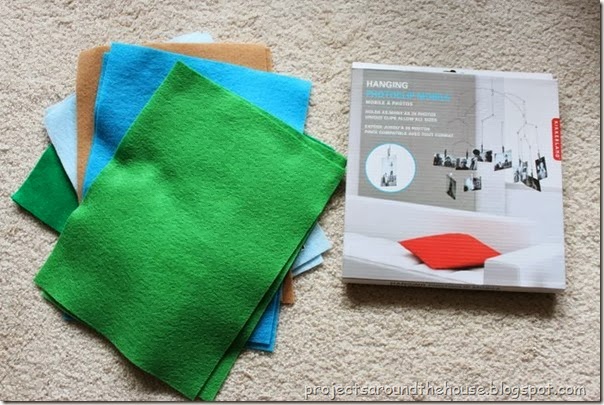 When I was considering how to make the actual mobile parts I saw this origami mobile at One Dog Woof. She used this pre made mobile from Amazon. It was under $10 so I went ahead and bought one with the thought that I could reuse it in the future to hang pictures like it was originally designed.

I used a mix of blue and green felt for the owls and the trees. I also added white, yellow and cream to the mix that aren’t pictured above. For the owls, I didn’t use the entire eye template because I though it made the owls look a little creepy. The eyes are black rhinestones. I really wanted to make sleepy eyes but didn’t want to hand embroider 16 tiny little circles so I dug around in my stash until I settled on the rhinestones.

Mike helped me hang up the mobile by screwing a hook into the ceiling and we strung a piece of ribbon to tie the mobile on. It will be easily adjustable in case we ever have to raise it up higher.

I love how it came out although I wonder if I should have made everything double sided so it was pleasing to look at any way it is hanging. I‘ll probably just leave it as it because I’d rather focus on a new project like finally starting some crochet hats. Time is running out so I’d better get busy on those! 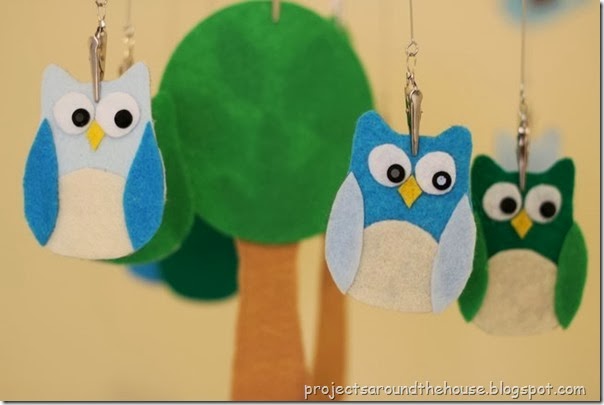 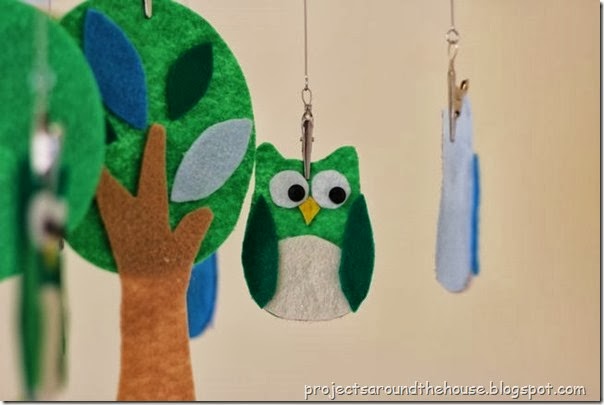 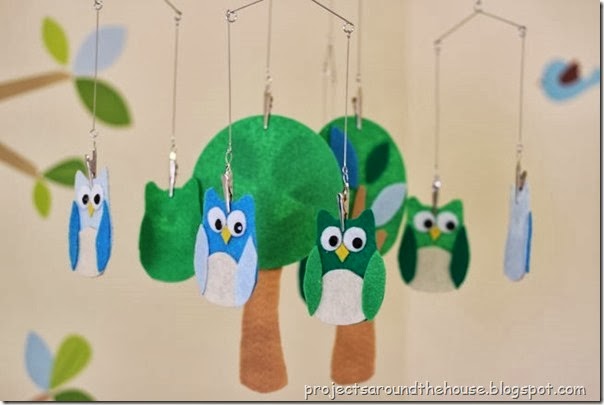 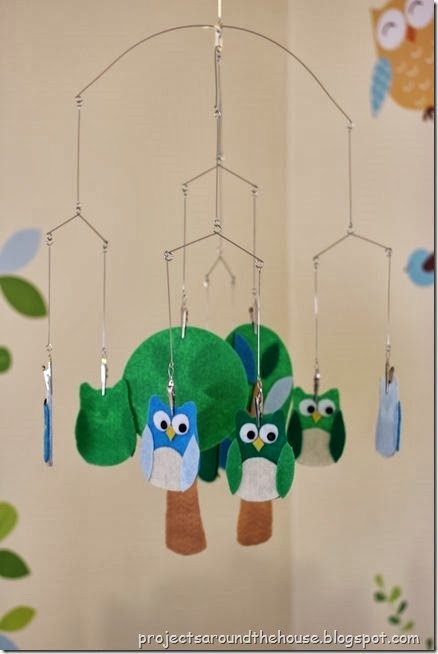