We have been non stop busy lately and I haven’t had a chance to share it all. So much to do, so little time 🙂
First up Lincoln got his first big boy hair cut. Mike and I have cut it several times but it was starting to get too long for either of us to handle plus he threw a big fit the last time we tried to cut it together. I broke down and took him to a pro. There is a cute kids place near our house that had a fun tractor seat with a wheel and Sesame Street on the tv. The hair dresser was great with him and he didn’t cry, although he wasn’t too happy about the clippers on the back of the neck. She did a great job at cutting it but it was so short! I kind of died a little because he looked like a big boy and not my little baby anymore. It’s been a week and I have adjusted to it now. Mike and I keep discussing how we can style it. The other night Lincoln smeared potato salad in his hair and it gave him the cutest look so maybe that’s our new styling tool lol. 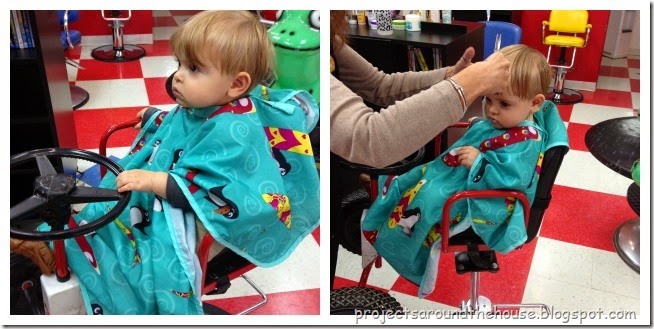 Last weekend we also went to Boo at the Zoo at our local zoo. This is the third time we’ve been to the zoo this year and it was the first time Lincoln really started to notice the animals which made it the most enjoyable time this year. We went with Lincoln’s cousin’s who got to enjoy the trick or treat part of the trip. We opted not to get him any treats although they looked pretty tasty. It was fun to see all the kids dressed up and Lincoln sported his puppy dog costume the whole time with very little protest. I was surprised at how well he tolerated the hood because he is generally not a fan of having something on his head. 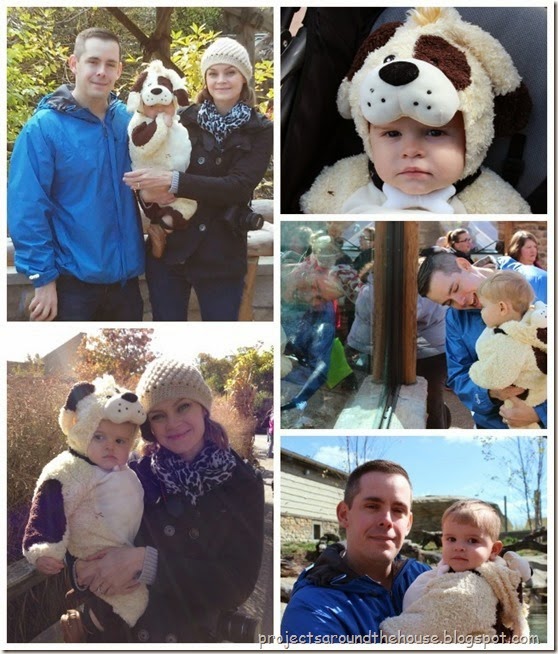 Then this past weekend we finally made it out to a pumpkin patch. It was a place called the Rockin Ranch and had a western/scary theme. There was a small petting zoo area and a hayride down to a pumpkin patch. Although I probably wouldn’t go back because it was not quite as exciting as the pictures online made it look we still had a fun time with our friends and their almost 2 year old son. The boys both loved the pumpkins more than any other part of the trip. We let Lincoln crawl around and he was just enthralled with those pumpkins. They were pretty picked over (it was the last weekend before Halloween after all) but the ones that were left were the perfect kid size and he had the best time with them. 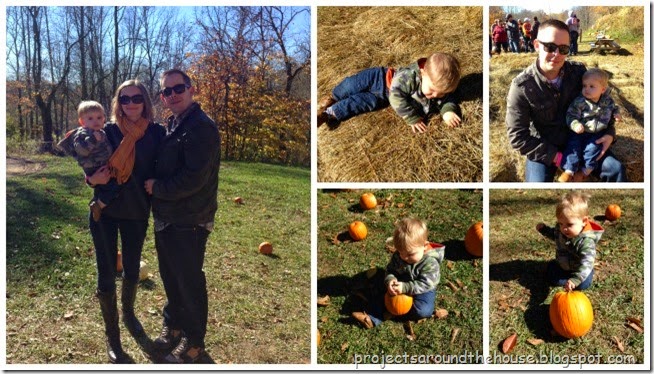 And my last little update is that Lincoln is soooo close to walking. He can toddle part way across the living room and is getting more brave every time he tries. We are about to have a full fledged walker on our hands and it’s very exciting. Mike says Lincoln is doing the “monster mash” because he walks like a little zombie. It’s so cute and he is so proud of himself when he does it. Abby is in trouble because he is going to be running after her in no time. Mike and I are in trouble too because this kid is never going to stop (but I love every second of it!)

« DIY Ombre Necklace
Lincoln is One! »