So these pictures are from June through the beginning of July. I haven’t taken any new pictures since then and these have been hanging out on my computer for a month. Even though July and August are one of the most brilliant times in the garden its due to the fact that the Black Eyed Susan and Purple Coneflower blooming for so long.

June is actually a really pretty month too and there is lots going on. We had tons of rain and cooler weather so everything was super happy to be soaking up the moisture. I also loved it for the fact that I didn’t have to water for weeks, although rain all the time did get a little old.

I think the rain and cooler weather slowed down the veggie garden because my tomatoes are just now getting ripe. We’ve had some zucchini and green beans already. Lincoln loves to go in the garden and pick the vegetables. My peppers have been really slow to grow too but they are finally starting to produce tons of baby peppers.

My Asiatic lilies didn’t do very well this year. The black eyed Susan was starting to choke them out so I had to do some pulling this spring. I still got a few blooms but not as many and not as big. 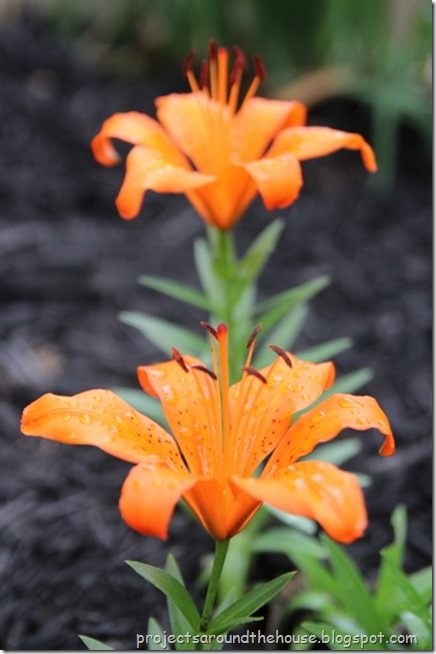 I love these long blooming Stella D’Oro day lilies. They started blooming in June and I still have a couple of blooms in August. 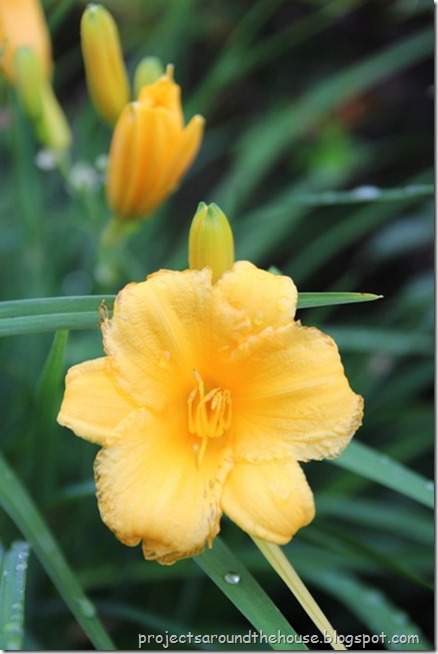 My royal candles or Veronica always looks so pretty when it starts blooming but by the end it’s a dried up mess. I like to remember it this way. 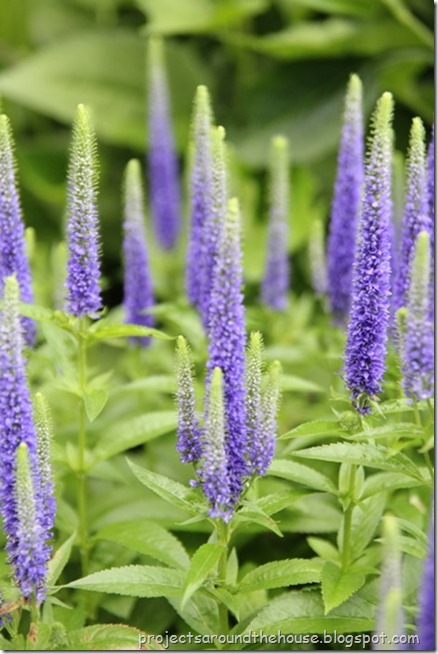 I tried out petunias this year when we found a clearance deal at Lowe’s. I have had mixed results in the past but these ones have been amazing. I think they will make an appearance next year as well. 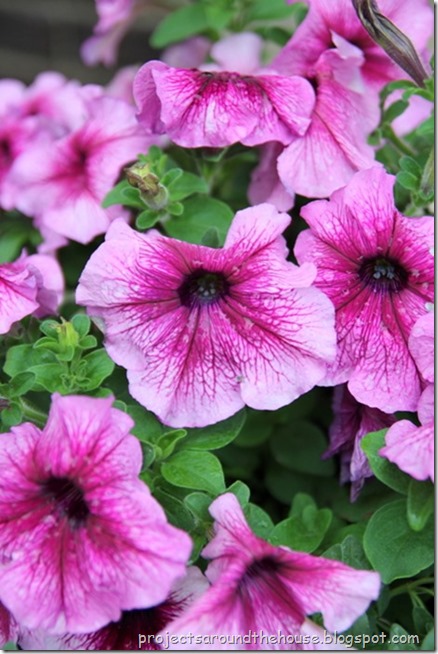 This astilbe looks so fuzzy and is very different from the white variety that blooms in May. 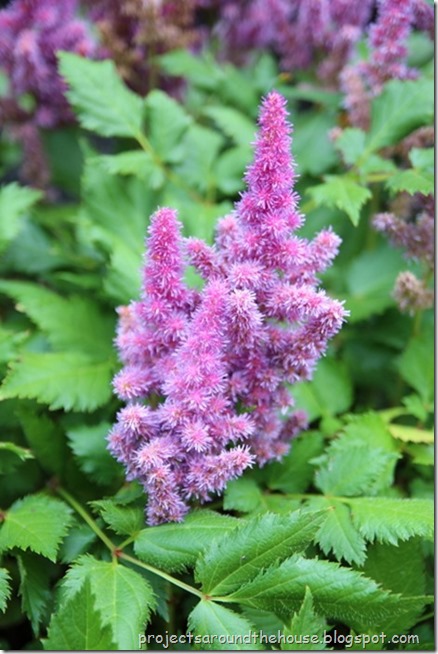 My one lone hydrangea bloom. This winter was hard on the hydrangea plus we divided it last year so I wasn’t expecting too much. 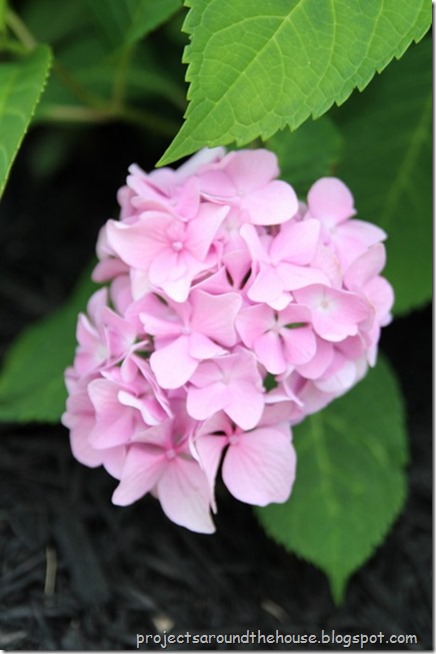 Drumstick allium with coreopsis in the background. 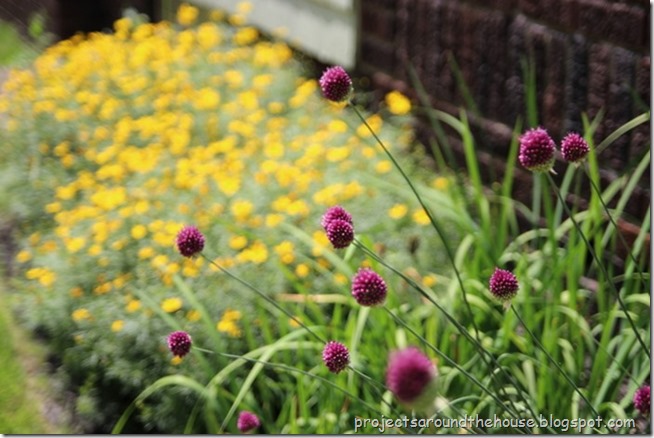 A close up of the drumstick allium. 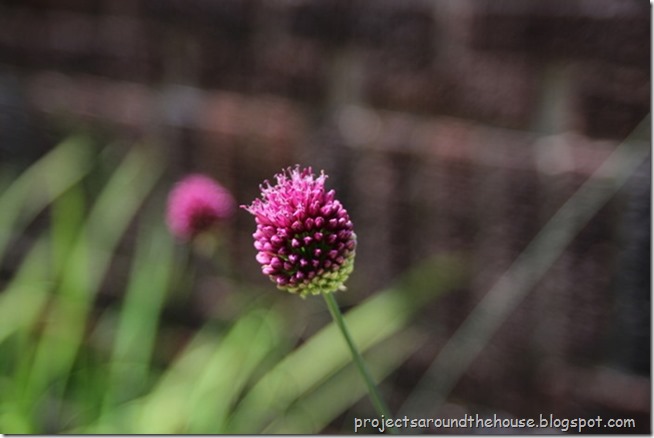 My purple coneflower really took off this year. It’s much taller than ever before and has produced tons of blooms. This was the beginning of July and it’s still going strong. 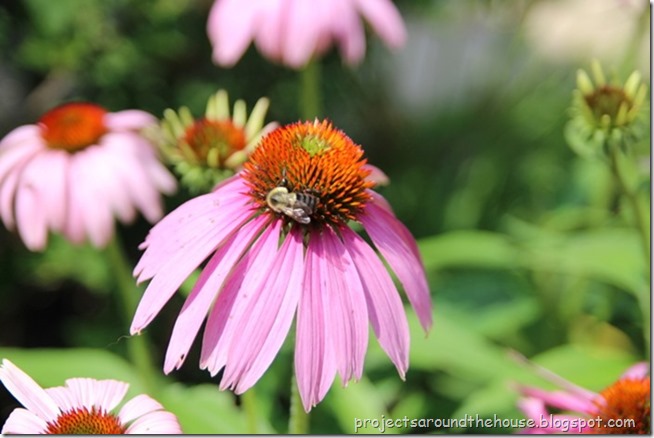 I saved the best for last as this is my favorite picture of the bunch and also the last one I took. This was either the first or second day of blooming for this day lily and it was really beautiful this year. 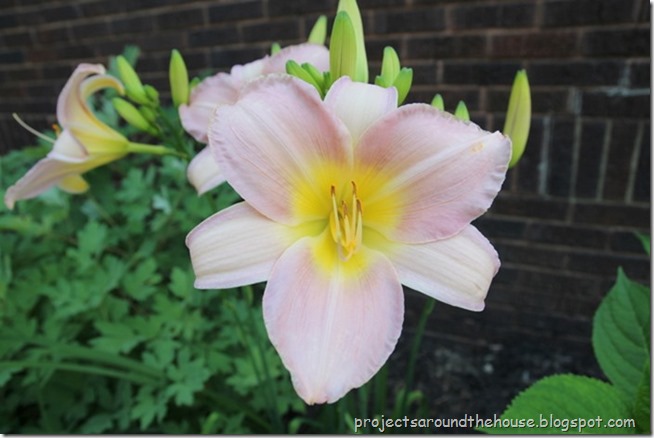