15 months! This kid is growing up so fast, but I’m sure every parent says that. I feel like in this past month Lincoln is starting to understand what we are saying so much more. He’s also learning to copy a lot of the daily actions we take. He also is getting better at indicating if he wants something even if he can’t actually say what he wants yet.
I give him a pouch every morning and when we come downstairs, he runs into the kitchen and over to the cabinet where he knows we keep the pouches (and his snacks.) Then he reaches up his hands and starts whining for his pouch. When I pull one out of the cabinet he gets really excited. It’s so funny and we go through it every morning now.
He’s getting pretty good at throwing the pouch away in the trash when he’s done. I have to give him a little coaxing but he will drop it in the trash can. Then I clap and he claps too. So adorable!
He is such a little dancer now. He loves to dance when he hears music. It can even be from a commercial or the opening them song of a tv show and he will start bouncing. We play music a lot after we get home from work and before dinner. Sometimes Lincoln really gets into it and shakes his head or waves his arm around. I just die every time. It’s so funny.
On a not so fun note, we went for his second professional haircut the other day and it was not a pleasant experience. He was fine until I set him down in the chair and then he started crying and reaching for me. He cried the whole time and I felt so bad. There were a lot of people waiting so I don’t know if it was the crowd or what but he was having major stranger anxiety :/ He did look adorable after his cut and was in the best mood after we got home. We took a bunch of new haircut selfies and he was totally hamming it up for the camera. 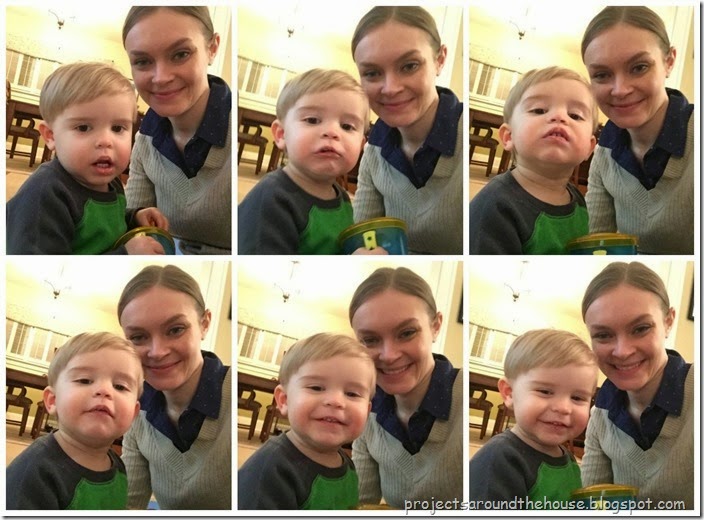 He hasn’t been saying a lot of new words lately but sometimes he will mimic what we say but then he won’t say the word again. Every since our night away from him though he has been saying Mom, mommy, dad and daddy a lot. He also has been making some ear piercing screams when he wants our attention and sometimes he yells Mom! Mike and I usually just laugh at him, because what else can you do? It’s amazing how loud such a tiny kid can be.
He’s still a great eater and loves almost anything we give him. He just started learning how to use a fork to pick up his food. I have never been so proud. He will abandoned it after a few bites because his hands are quicker but he’s getting there. We’ve also been practicing with a regular cup because he is obsessed with our drinks but it usually ends in him completely soaking the front of his clothes and leaving a puddle on the floor. We still have a ways to go with that lol.
So here’s some more pictures of my little dude. I did better this month with taking pics even if they all came from my phone. 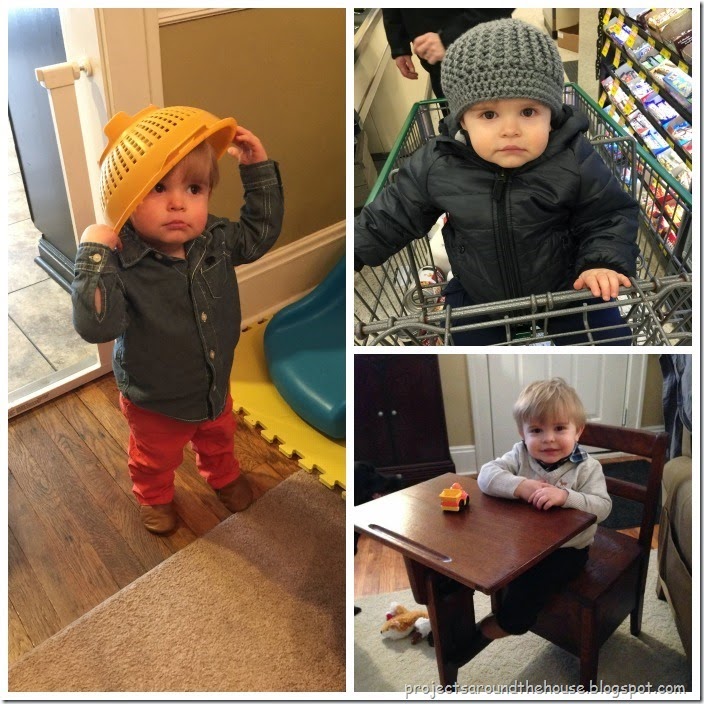