Lincoln turned 19 months old last week. This kid never ceases to amaze me. He has started talking a lot more and is starting to know more words than I can list. He repeats a lot of what we say but he is starting to identify a lot more on his own. He got a stuffed Minion (from Despicable Me) for his birthday and Mike would always play with him and say “minion!” The other day he saw a minion in a commercial and yelled “minion!” Then he saw one on a box of candy at the movie store and proudly exclaimed “minion!” We’ve only ever watched half of the movie one time and he has identified with this silly little minion. He is also getting really good a please and thank you. He’s starting to say thank you on his own whenever I hand him something. It gets me every time.

He has become quite the little climber and has to climb on everything. It’s pretty funny to watch how he gets up on some pieces of furniture. He’s really quite clever. When he wants to get on the front porch couch he kicks his little foot up onto the coffee table to propel himself up. When he wants to get on our bed, he puts his foot onto the tiny ledge made by the bed frame to boost himself up. Other things he likes to climb on include, the stove, the baby gate, the side of the dining room chair, the dining room table, his y bike seat and basically anything he can hang or get his feet on.

Lincoln has also started walking down the stairs instead of scooting down on his belly. He holds on to the handrail and my hand and then walks down like a big boy. He will do it all by himself on the front porch and back deck too. It’s fun to see him being able to do it himself but it also spells trouble because not only can he walk down the steps but he also figured out how to open the front storm door. If he really wants to get out it doesn’t take much for him to take off.

We’ve been spending tons of time outside because he is in love with being “side.” We play almost every night in the backyard and have been spending time exploring our local playground. We have tons in our area and have only scratched the surface on the available ones. There is a small one within really close walking distance of our house and a much bigger one a little bit down the road. It’s a longer walk or a quick bike ride. We recently braved a crazy busy garage sale (we got stuck in a traffic jam!) to score a little tricycle. Lincoln’s feet don’t quite touch the petals yet but he loves being pushed around on it. It’s actually a bit of a workout!

We’ve been going through a bit of a fussy time too. Lincoln had a little cold/allergy episode that made him a poor little crank for a week. I don’t blame him because I wasn’t feeling well either. He is also getting much more opinionated with pretty much everything. He likes to pick out his shoes to wear and cries if you put the wrong pair on. He like to pick out the food he is going to eat and cries if you pick the wrong thing. He likes to pick out the book he wants to read and refuses to listen if you pick the wrong one. We are definitely working more on choices because he is happiest when he can choose the option he prefers.

He is still an amazing eater although he does get picky about what he wants to eat sometimes. If he likes something then look out because he will eat forever. If he doesn’t like it he will either, spit it out, spit it out and hand it to me/Mike or (my favorite) throw it across the room. He is developing quite the arm and also an obsession with throwing everything. Maybe he is practicing for a future in pro sports 🙂

We have been having so much fun this summer and I will get an update out next on our Summer Bucket List. 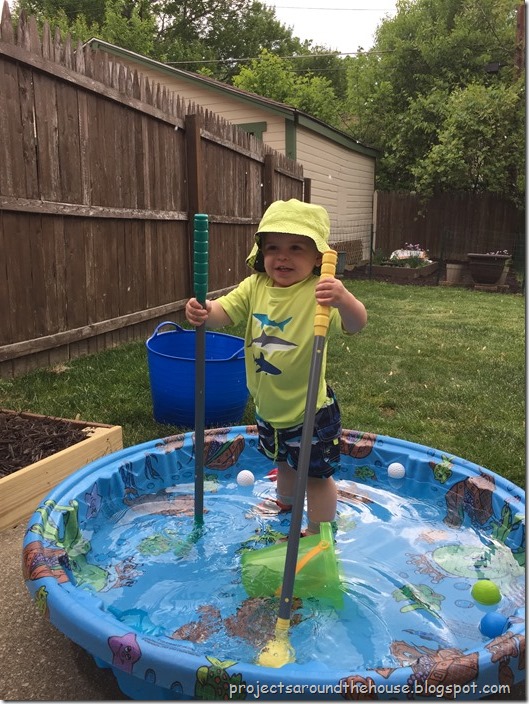 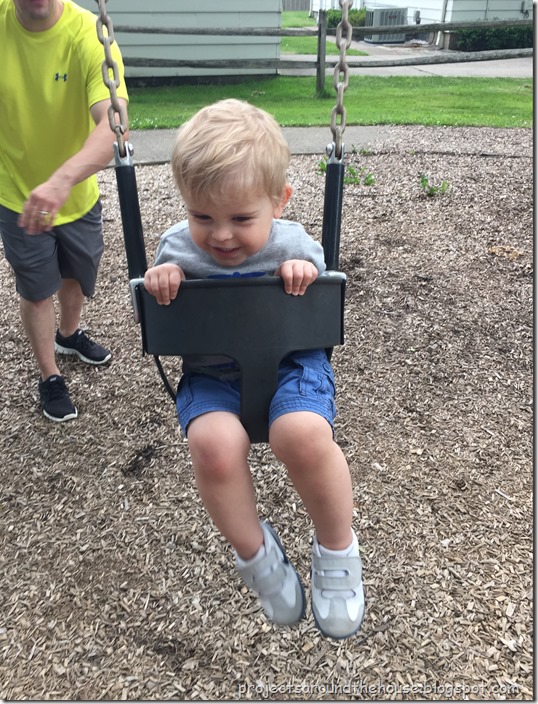 On the swing at the park 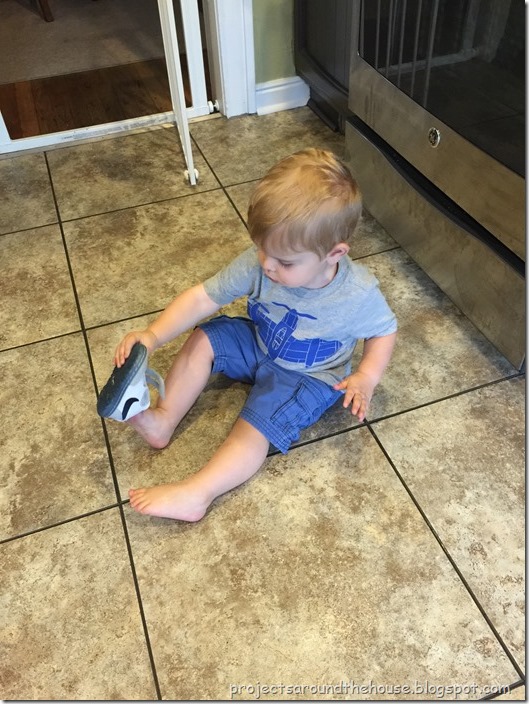 Putting his shoes on 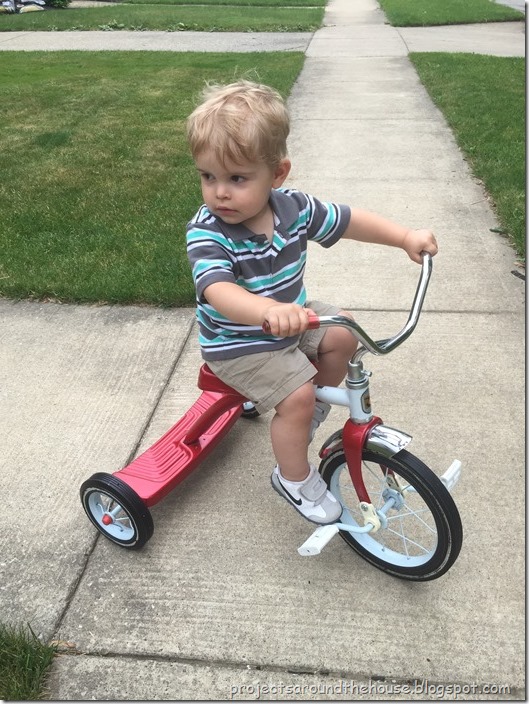