This update is much belated but I figured I better get it out before Lincoln turns 21 months old. Blogging is very much taking a back seat to all our summer activities. We also have been doing some painting around the house so my nightly schedule has been looking like this: Pick Lincoln up from the sitter, play with Lincoln in the house before dinner, prepare dinner, eat dinner, play with Lincoln outside, put Lincoln to bed, paint, watch one show on tv, go to bed. Not sure where to fit in much besides that. Also our weekends are pretty much jam packed all the time.

We have been really enjoying ourselves though this summer and Lincoln would rather be outside than anywhere else. He is developing quite the tan lines. The weather has been fairly cool with lots of rain for weeks and then this past week it got really hot so we have been having fun with our hose mister and the water table. Lincoln decided the other day he should sit in the water table instead of stand and play in it. He such a little dare devil climber. He has learned to climb out of the pack and play at his sitter’s and I am dreading the moment when he figures out he can climb out of his crib. He has made a few partial attempts so I feel like the moment is coming much sooner than I would like.

The amount of words he can say has really started to increase in the past week. He is a little parrot too and Mike loves trying to get him to say stuff. He has also learned the real meaning of “no” and loves to tell us when he doesn’t want something. He has started saying some three word sentences. He knows which cars we own. “Mommy car” and “Daddy car” are frequent point outs. He also loves to talk about his friends at the sitters, his grammy, and of course his puppy Abby.

He is such a little animal lover and has developed a mild obsession with kitties. There are a couple that live in our neighborhood he loves to point out all the time. He will look for them when we go out. Of course he still loves doggies too and calls them “foo foos” his way of saying woof woof.

Something I’m not super thrilled about is his new obsession with watching tv and particularly Wild Kratts. He asks to watch it all the time now, starting in the past week or two. He actually will sit and watch for about 15 minutes but then will start playing with something else. If we try and change it though then he immediately wants it back on. He also loves watching minions and we will watch mini videos on you tube.

On a not so fun note we all got sick with the summer flu that seemed to last forever. I am very grateful that we are all better now. Having a well Lincoln is so much better than having a sick Lincoln. His appetite is back in full force and this kid continues to be an eater. He loves fruit, cheese, yogurt and crackers. He literally can not get enough. After we went shopping the other day he wanted to eat everything I brought home and ran around to all the grocery bags pulling food out and asking to have it in his cup. I really don’t know what we will do when he is a teenager. I think he will eat us out of house and home lol. 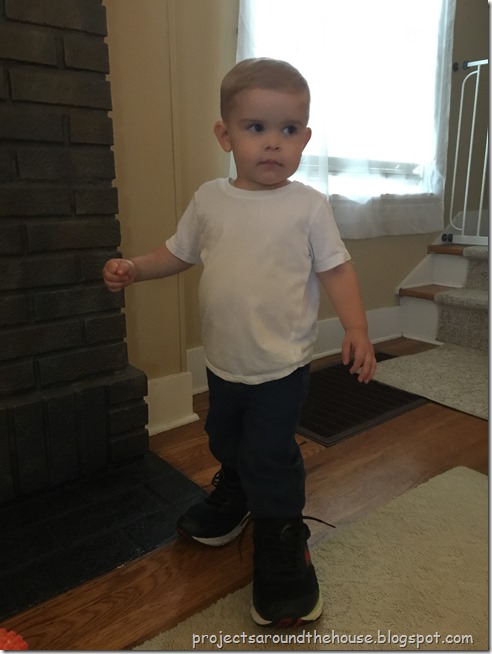 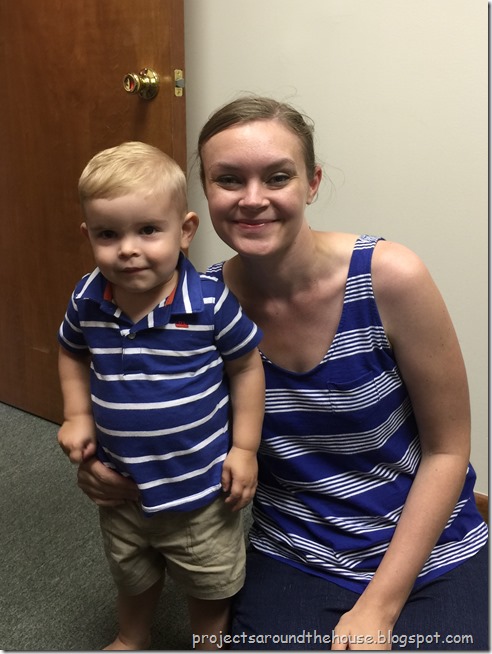 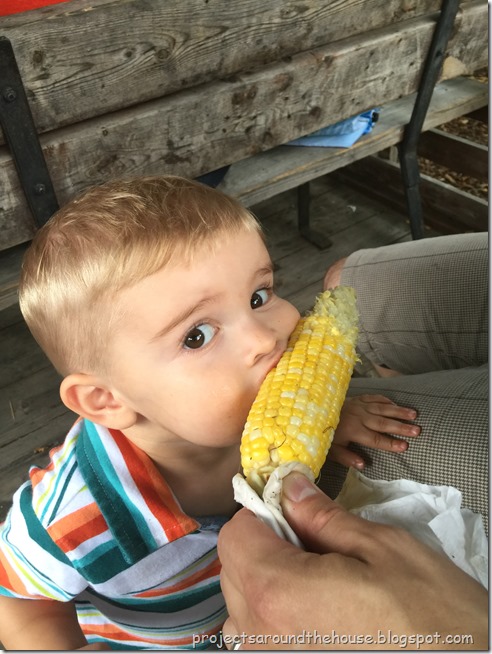 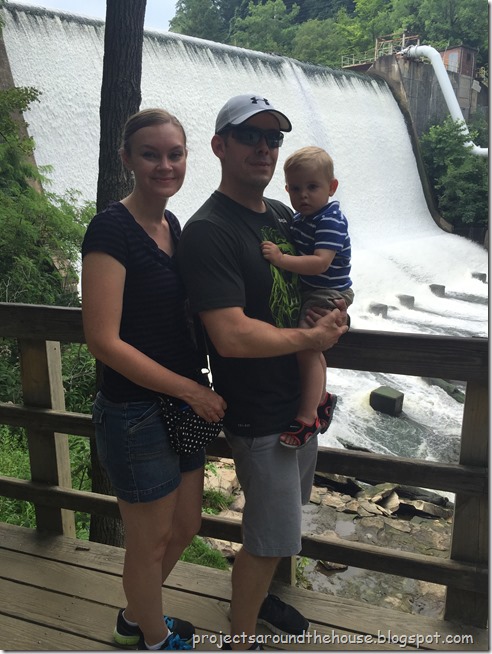 Family picture at the Gorge waterfall 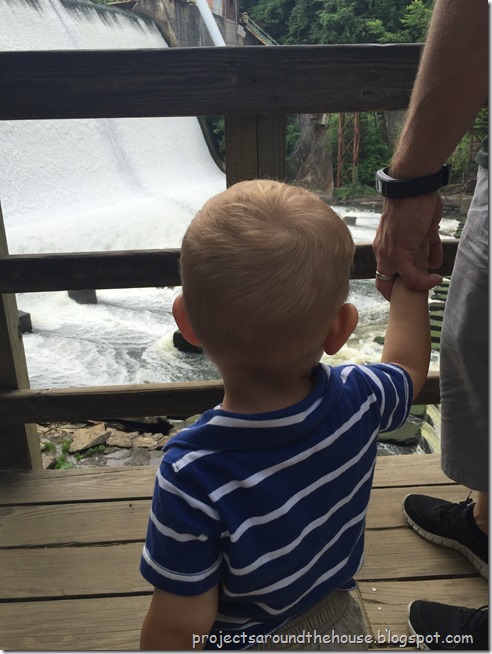 A little nervous at first about the fast water