Three and half weeks have already gone by since my little boy was born. It all feels like one big sleep deprived blur 🙂 I wanted to share his birth story before that becomes one big blur for me too.

I was scheduled to go in to the hospital to be induced 6 days late. My doctor wanted to schedule me one day earlier than one week overdue because she was working the evening and next morning and she was trying to be there for the birth. Mike and I went to the hospital at 8 AM on Wednesday November 13th. My IV of pitocin to start labor was started at 9 AM.

Then started the waiting game. The nurse told me to walk the halls to get my labor going and Mike and I made several laps around the labor and delivery floor trying to get my contractions going. I was really glad I had brought my robe from home because the hospital gowns are a bit revealing. Sometime around noon the doctor broke my water to get things moving more quickly. It actually took two tries because the first doctor couldn’t get it done and only gave me bad cramps.

After my water was broken the contractions got pretty intense and I asked for an epidural. I couldn’t feel anything after it kicked in, including my legs. The nurse had to switch my from laying on one side to the other several times to keep the epidural even on both sides. It is no fun to not be able to move your legs to get comfortable and I drove Mike crazy asking him to keep adjusting my foot because it just didn’t feel right.

Finally at 10:50 PM it was time for me to start pushing. My doctor had arrived shortly before so I was happy she was going to be there for the birth. Two and half hours later there was no baby and I was exhausted. I couldn’t push anymore and my doctor opened up the option for a c section. I didn’t want to give up but I had no energy left so I asked to have the c section.

Mike got a set of scrubs to wear and I was given a fresh round of drugs to numb me up before I got wheeled into the OR around 2:00 AM. At 2:15 my little Lincoln was born. He wasn’t so little after all, weighing in at 10 lbs 1 oz. When my doctor pulled him out she said “He’s enormous!”, “He has a double chin!” and “Look at all that hair!”

I had an ultrasound the Monday before and the ultrasound tech thought he was 9 lbs 10 oz but she also thought her machine might be off because the last time he was measured at 34 weeks he was only 5 lbs 13 oz and expected to only gain two more pounds. Turns out her machine was pretty accurate because I had a big boy in my belly! He also was transverse, meaning he was crooked, when he dropped so there was no way I was going to get him out by pushing. That made me glad I gave up when I did because my doctor said that she could have allowed my to push up to four hours.

Recovery was a bit rough at first since I was in a lot of pain from the surgery but after some wonderful pain meds I started to feel better and I was wheeled up to a regular room. We had a great staff that took really good care of us in the hospital but I was ready to get home to a normal bed without constant interruptions by the time we were allowed to go on Sunday. By that time I was able to get up and move around on my own and I was feeling a lot more like my old self. It was exciting and scary to be wheeled out of the hospital with my new baby boy. I loved being able to dress him in his Browns hat, that I made for him, which got tons of compliments on our way to the car.

Now I’ll share some fun pictures from the hospital photographer. These were taken on Saturday November 16th when Lincoln was two days old. 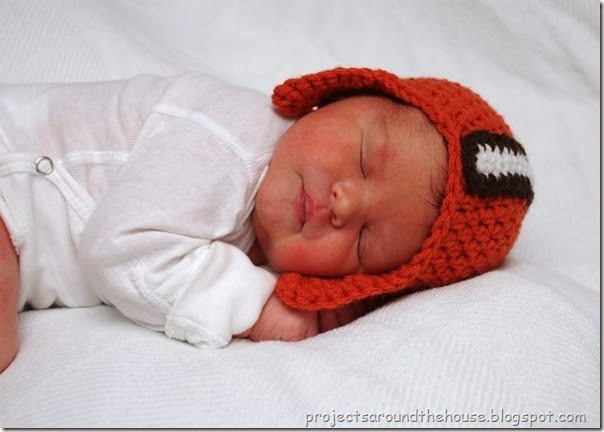 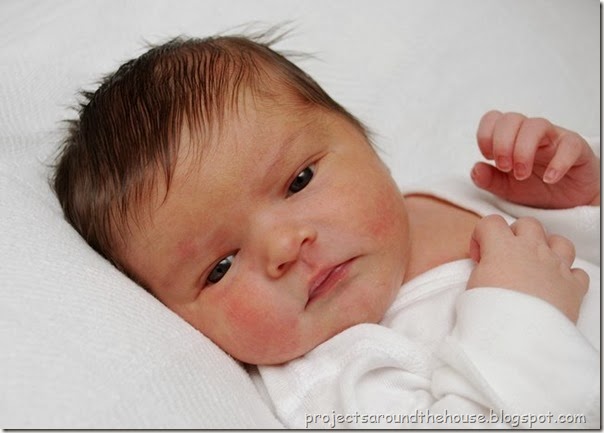 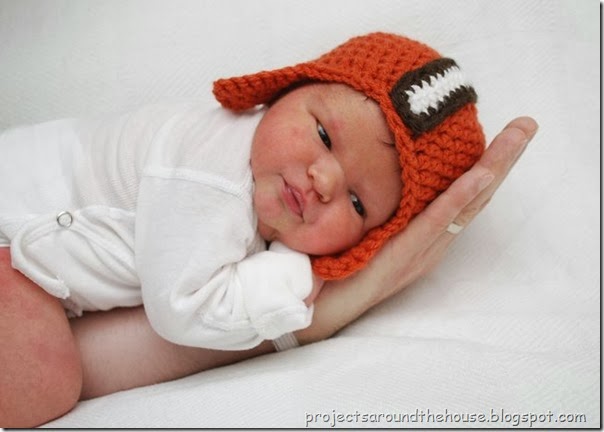 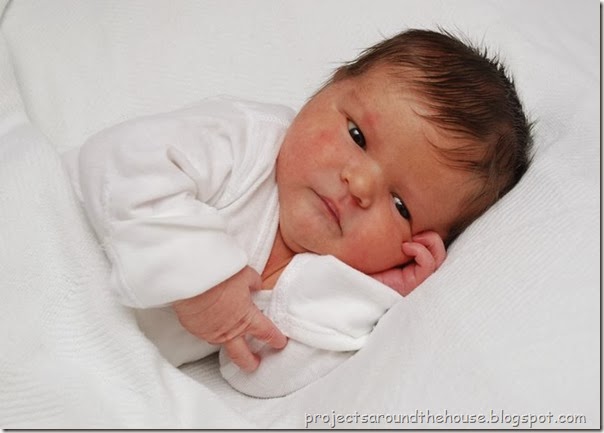 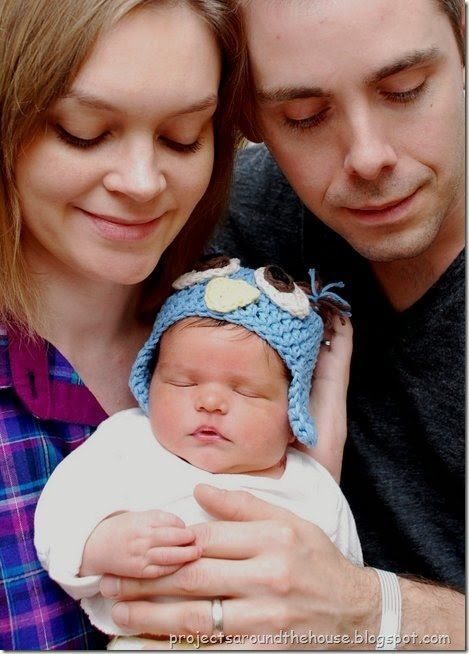 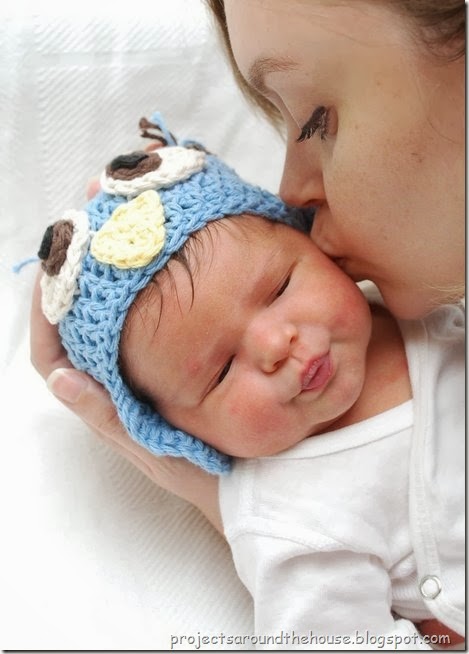