Lincoln turned eight months old on Monday and he is definitely not a little baby anymore. Now that he has learned how to crawl he is all over the place and touching everything. He won’t sit up for very long before he tips over onto his belly in search of something to feel. He likes to open and close the drawer in the kitchen, the gate in the kitchen doorway and the dog cage door. He also has developed quite a liking to all of Abby’s dog toys and they all seem to be more interesting than his own.

Which leads to his very fitting nickname from Mike which is puppy dog. He really nicknamed him that because we started feeding Lincoln off of our plates for meals and now he wants everything we are eating or drinking. So he begs like a puppy dog 🙂 He has gotten pretty good at chewing food up with his four front teeth or gumming it with his gums. If he has trouble chewing something though he will hold on to it in his mouth like a chipmunk forever. Some foods he really enjoys are tomatoes and pasta but he hasn’t turned anything down yet that I’ve given him.

He is getting a lot better at picking food up with his fingers. At first he wanted me to put everything in his mouth but now he wants to take it from me and try to feed himself. We are still feeding him purees but have mostly switched to the pouches because he can hold them and suck them out all by himself. Mike taught him to do it and I was pretty impressed that Lincoln picked it up so quickly. If I try to feed him baby food when we are eating though he pretty much wants nothing to do with it because he knows we have the good stuff on our plates!

Lincoln is also babbling up a storm and his communication is starting to actually mean something. He has a specific noise he makes when you are eating something he wants.  He has also said both dada and mama and usually seems to say them when he wants or sees Mike or I. It doesn’t happen all the time but it’s happening more frequently. The other night I was holding him and I asked him where dada was and he turned and looked at Mike and smiled. He did it twice so I know he understood me. If you call his name he will turn and look even if it doesn’t always deter him from the mischief he is about to get into.

We graduated to the big tub and Lincoln is loving it. He loves to splash in the water and it’s so much easier to bathe him now. I didn’t realize how small the baby tub had gotten and how well he would do in the regular bath. We put his bath toys in the water and he loves to play with them. I think he could just sit in there playing all night.

I love how our little boy is growing up and I still am amazed at how much he changes every week! 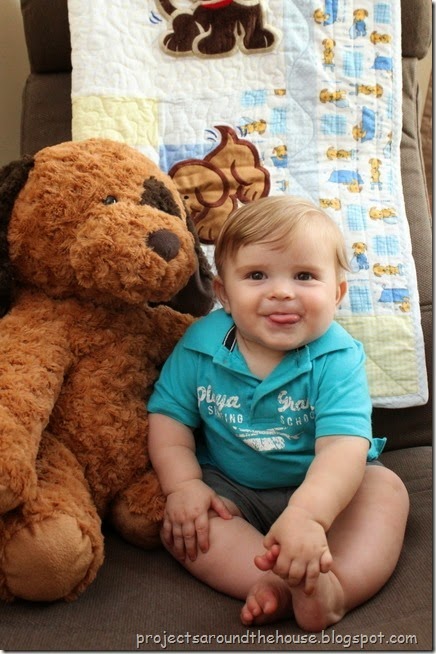 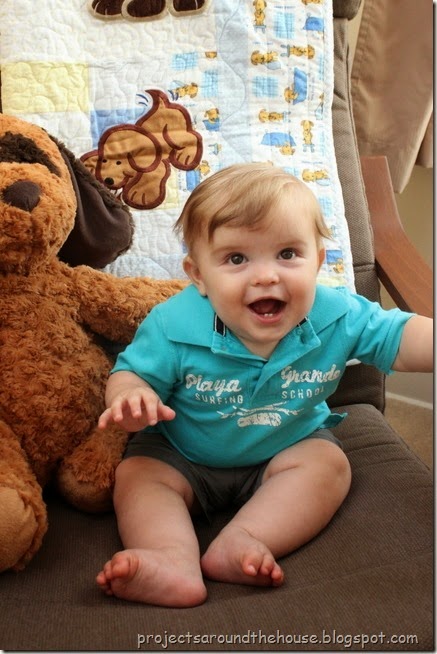 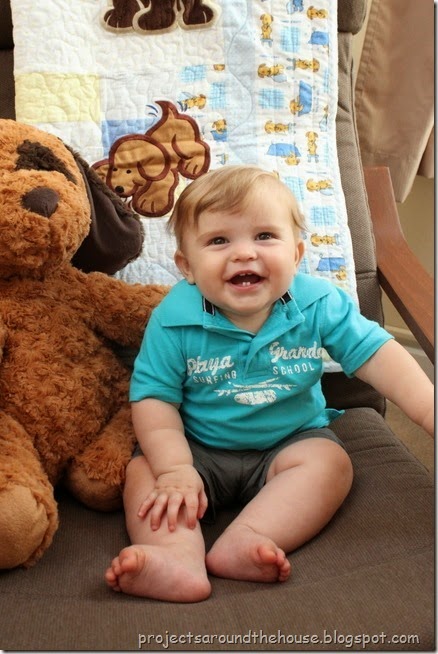