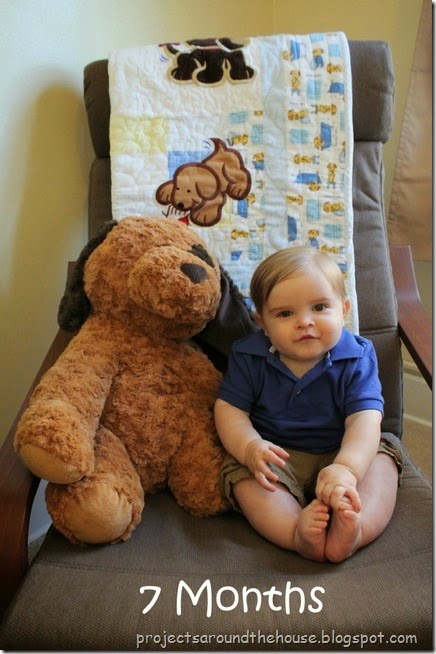 Lincoln turned seven months old this past Saturday. Out little guy is changing so quickly now there seems to be something new about him every week now.

He is still a little chub. His weight is approximately 21 pounds based on our slightly inaccurate bathroom scale and my attempts at weighing myself and then weighing us together and subtracting out my weight. He is wearing a lot of 12 month clothes but most of his ninth month onesies still fit. I love dressing him in tee shirts and shorts now. They make him look so grown up. Then he wears onesies at night or if it’s really hot out and we don’t want to put shorts on him.

He is really turning into quite the eater. He used to only eat part of a baby food container but now he can down the whole thing in one sitting. We are mostly buying the food but we still have made a few things for him. The list of things he’s tried is getting pretty long now. Sweet potato and corn was a huge favorite which is funny because he wasn’t too sure about sweet potato at first. Carrots were also a big hit but apples took a couple of tries. He’s also starting to eat non purees too. He was a big fan of little bits of potato but I had to feed it to him. Then he chomped away on it. He hasn’t quite grasped picking bits of food up and feeding himself but we are starting to work on it. He has mastered mum mum rice crackers and they have been great for entertaining him when we go out to eat.

His top two teeth broke through recently. They were not as easy going as the bottom two. We had about of week of fussiness that escalated into a super cranky weekend but now that the teeth are in he’s back to his sunny disposition. They are still more of nubs than full teeth but they are long enough that he’s discovered them and likes to grind them together with the bottom two.

I think the biggest milestone Lincoln has reached is being able to get up on his knees. He is becoming quite the little mover on the floor. He can turn in circles and was getting really good at pushing himself backwards. In the past couple of days he has been trying so hard to move forward. It’s so cute watching his attempts at figuring out how to propel himself forward. He’s so close to getting it and I think Mike and I are going to be in trouble really soon because Lincoln is ready to go. He has already learned how to tip his toy basket over and soon he will be getting into everything!

He is quite the little babbler and is really voicing his opinion about what he wants to do. He gets so impatient when he thinks he is going to be fed and get angry if you take away a toy (or any object) that he wants. He laughs all the time, especially at our dog Abby. He thinks she is hilarious even if she isn’t doing anything. He laughs when Mike blows raspberries on his legs or he gets tipped upside down or has his feet and armpits tickled. He lights up when I get home from work and it melts my heart. I love my little boy so much and I’m looking forward to seeing him change over the next month. 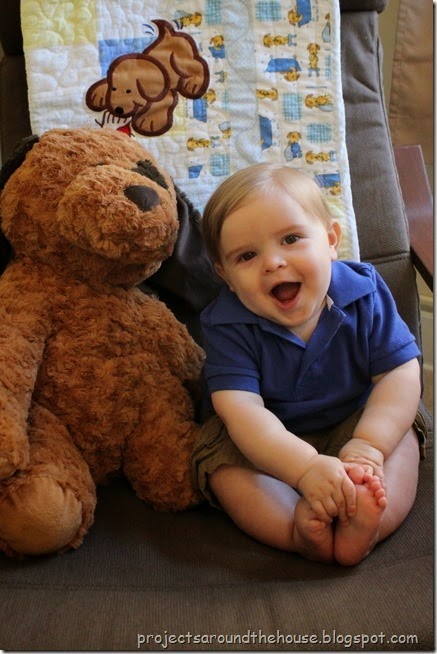 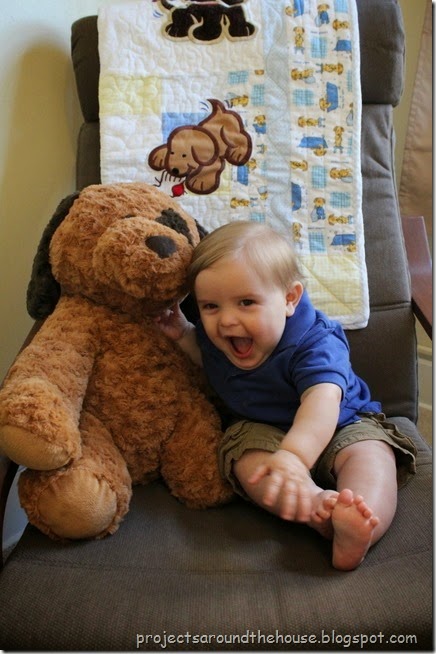 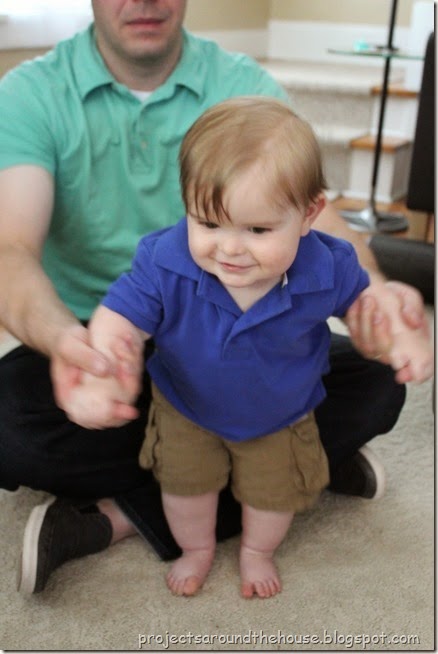 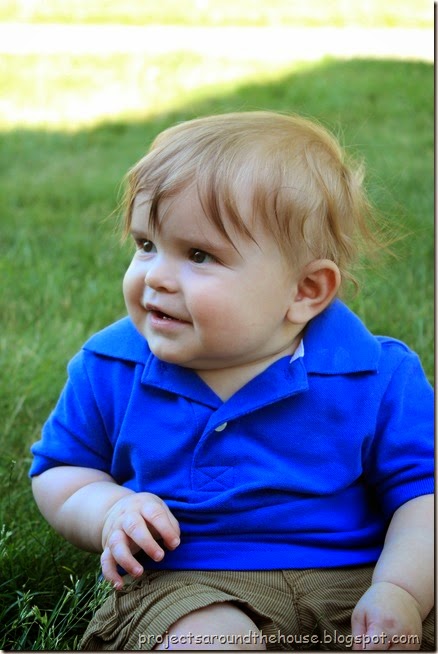 And some out takes. This guy is easily distracted 🙂 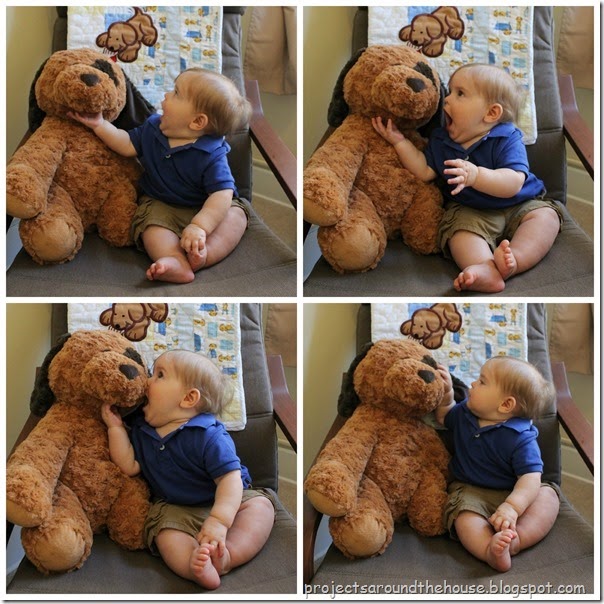