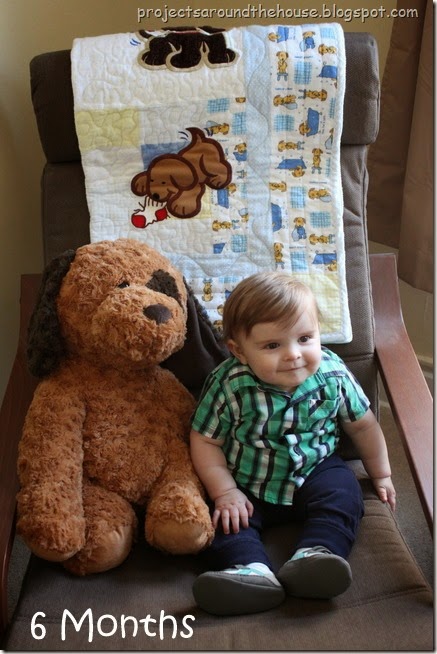 My little boy is already half a year old. Lincoln is really starting develop his own little personality and it’s so much fun to see him learning new things all the time. I had to check back on his five month update to remember what he has learned in the past month. Our last pediatrician appointment put him at 20 pounds 5 ounces and 27 1/2 inches long. He’s in the 90th percentile for both. This big boy is starting to grow out of his nine moth pants because of his chubby little thighs.

He learned how to sit up on his own and it has been so much easier to bring him around the house with me. Now I can just sit him on the floor in any room instead of having a designated seat to put him in. There are toys scattered in most of our rooms now so I can plop him down while I get dressed, or whatever, and he will amuse himself with whatever toy I set in front of him. Mike and I worked in the garden the other day and Lincoln sat outside on his blanket for a long time, perfectly happy to be outside and able to amuse himself.

We are doing good with solids. He seems to really be starting to get the hang of it and gets excited to eat. So far he’s tried peas, green beans, prunes, pears, butternut squash, sweet potato, and a mix of peas/pears/spinach. The first time with sweet potato was a disaster. He wouldn’t eat it but we tried again by alternating butternut squash and sweet potato and it went much better the second time. He really wants to feed himself and tries to grab the food off of the spoon.

Our dog Abby is probably Lincoln’s favorite member of the house and she loves him just as much. She makes him laugh all the time. The other day he was in his jumperoo and I swear he was calling to her because he was yelling and as soon as she came over to him he stopped and smiled at her. It was so cute.

Mike gave him his first real haircut. The back was getting so long and uneven it had to be done. Mike ended up taking quite a lot off and after the first initial shock that out baby had to have his hair cut, it looked so much better and I think made him look more grown up. 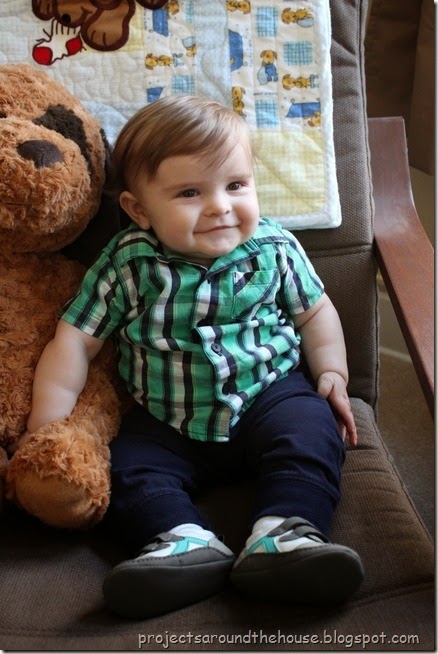 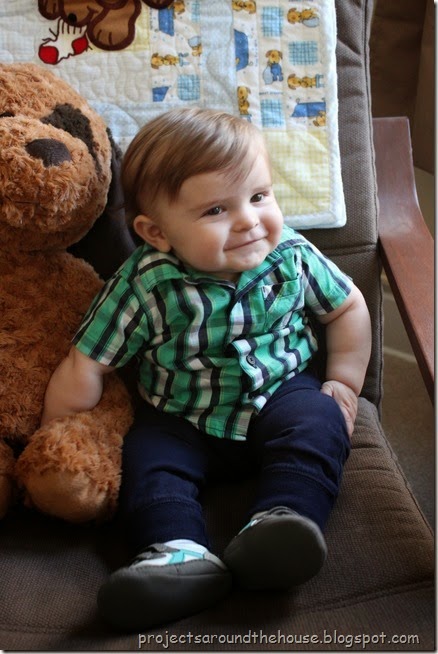 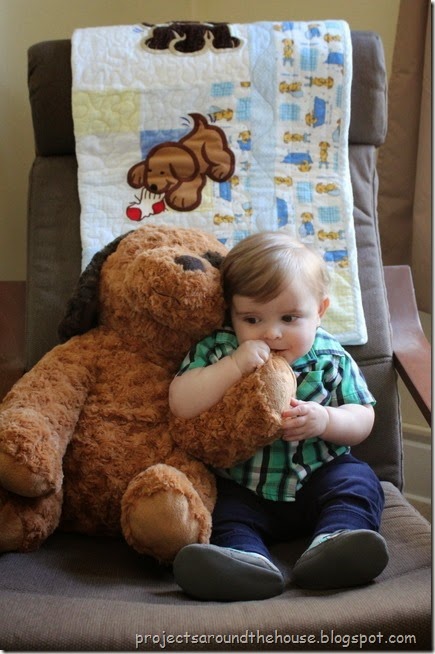 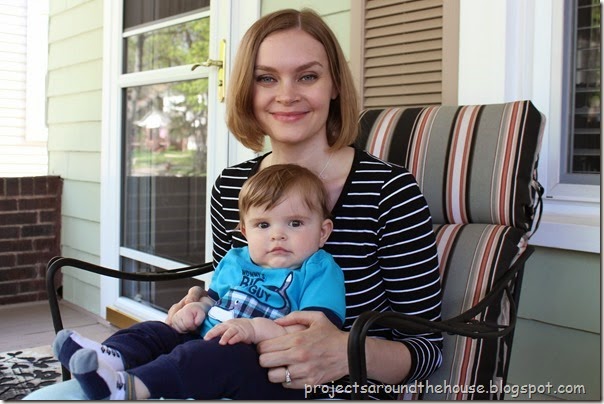