I made some crochet gifts for Christmas and I‘ve got some pictures to share today. First up this pattern has become wildly popular on Pinterest and is my most visited page of all time. It’s a fairly quick and easy pattern to make once you learn front and back post double crochet. They are very easy to do if you know how to double crochet you can definitely do this stitch after watching pretty much any video tutorial on you tube. I had to re-watch for back post double crochet since it’s a been a while since I made this pattern. 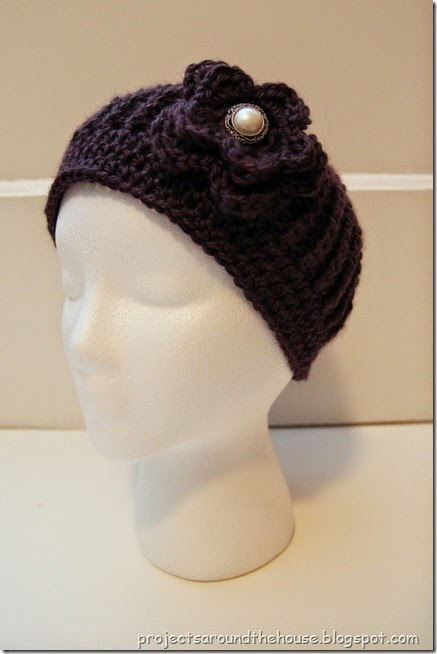 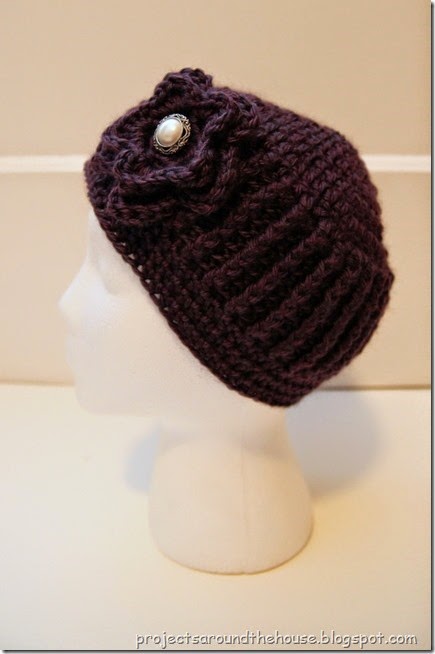 I made this hat for Lincoln’s sitter’s nine year old daughter. Since it’s really stretchy and a child’s head isn’t much smaller than and adult’s head I made the hat as written in the pattern but omitted the last row. Although I didn’t get to see it on her in person, it did fit. It kind of fit Lincoln too since I tried it on his head as I was making it before I added the final row. It was so adorable I want to make one for him too but I would probably modify the pattern to make the crown smaller. He is due for another hat before winter is over anyway and this might be a good choice.

I used Bernat Satin in a dark purple color for the hat. The color didn’t photograph well but it has a hint of pink in it. It’s very soft yarn but it is more a light worsted yarn. It’s been in my stash for some time so I don’t have the original wrapper to tell you the exact color.

Next up is a mohawk hat I made for Lincoln’s sitter’s three year old son. I made Lincoln a similar hat months ago (and have still yet to photograph) and his sitter is always commenting on how much she loves it. I think the mohawk is improved in this version over Lincoln’s. I made his shorter and I still want to extend it but I have to admit making the mohwak is insanely time consuming and annoying. I didn’t love making this hat so I’m not really intending to make more any time soon. (But we’ll see. My crafting mind changes with the wind.) I really do intend to share a full pattern for this hat so I promise I will. I will not promise what date that will be though because that would require me to fix Lincoln’s hat which I have little desire to do. I’ll add it to my list of non existent New Years resolutions. 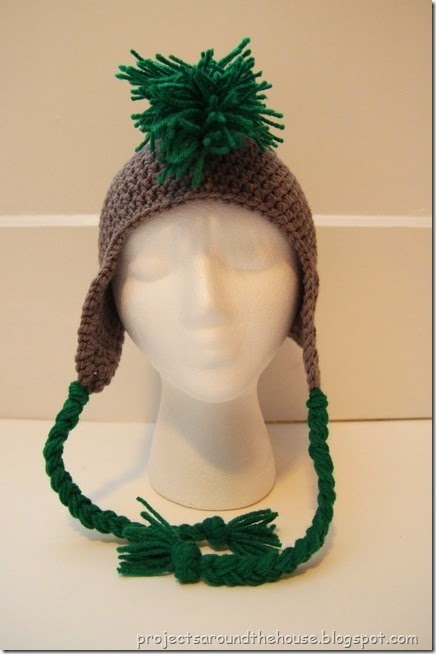 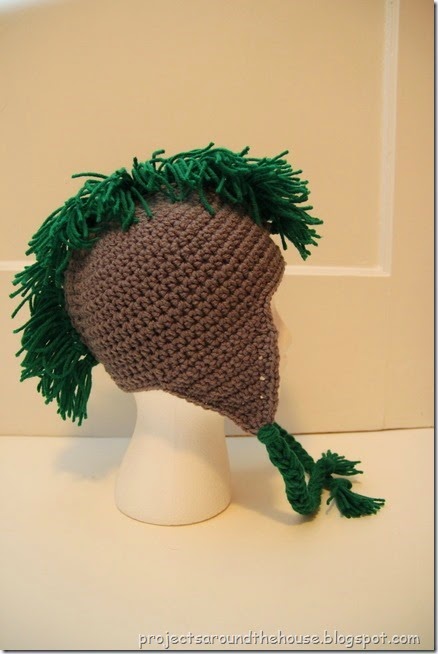 And last up is a chevron scarf I made my sister. I love but don’t love how it came out. I love the color scheme and uneven chevrons. I don’t love the pattern or the yarn I used. I tried to create my own pattern but after an hour of miscounts and frogged stitched I looked up a pattern instead since there are a ton out there for this popular stitch. I settled on this pattern from Sarah London. I followed the stitch pattern but made up the stripes randomly. Mine looks nothing like hers to start but I used a bigger hook and only one strand of yarn so that probably has something to do with it. I also didn’t like the ridges that are created with crocheting in the back loops. And last I made this with wool yarn I’ve had in my stash a friend gave me and I was not a fan. I always use acrylic and the wool was really stretchy and not as soft. Maybe not a bad thing is some cases but I just didn’t care for it. I had already invested too much time before I decided I didn’t like it so I just continued on. I would have liked to add a few more rows but I ran out of time due to the fact that I started it too late and I lost time to work on it getting sick. I do think it is pretty and my sister seemed to like it but lesson learned in the future. 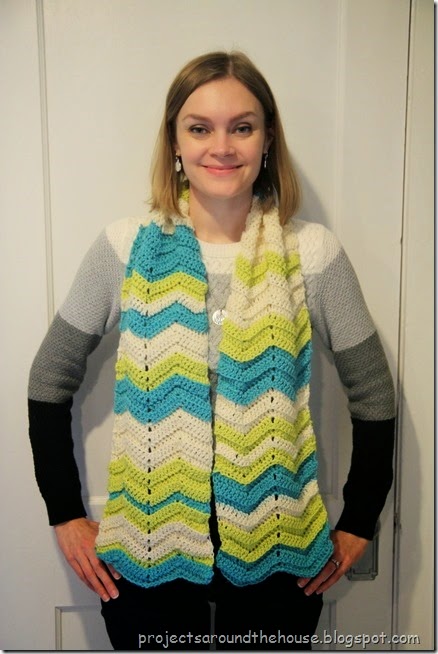 Right now I’m making a scarf for myself as a reward for all the hard work on gifts for others. It’s nothing fancy but I did make up a pattern after I spent an embarrassingly long amount of time not finding exactly what I wanted. I’m quite pleased with how it’s turning out and I might make a few more colors since I have been itching to add to my scarf collection since it’s been so cold lately.