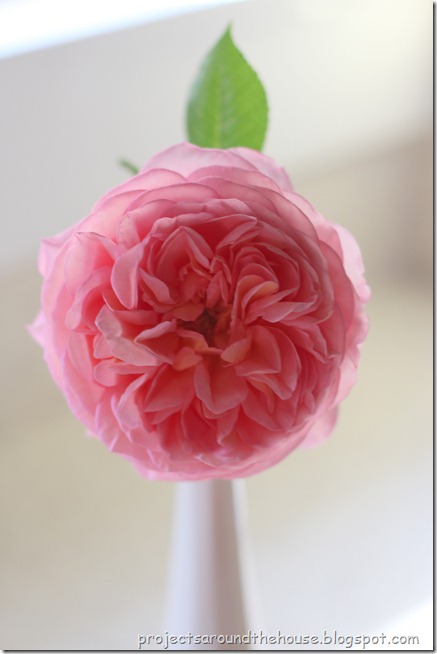 I have had a long love hate history with my rose bush. It existed in the garden when we first moved to our house. It was in our front bed and we left it alone the fall we moved in. The next year Mike dug it up and put it in the back yard since we had other plans for the front bed. It gave us one pitiful little bloom right before frost and I cut it and brought it inside.

The next year we got our labradoodle Rufus. The was a pretty destructive puppy and he ended up chewing the rose all the way to the ground. We thought it was dead for sure. Amazingly it sprung from the teeny tiny little stump and Mike moved it back up front.

The next year it bloomed a couple of blooms. I started to notice how aphids and tiny green caterpillars loved to munch on the buds and leaves.  It was unhappy where it was a developed black spot. It’s a really ugly rose plant disease that causes all the leaves to turn black and fall off of the plant. I thought it was a goner for sure. Amazingly it came back the next year.

I decided to move it from the shady center of the bed to the side where there was more sun. It produced a few blooms. Then we decided to shrink the side of the bed near the driveway to make it easier to pull out our trash can. The poor rose got moved a second time and Mike was a bit rough on it when he dug it up. I thought it was the end of the rose for sure. Amazingly it sprang back up.

The next year I added a trellis behind the rose to try and give it a little support. I worked hard to keep the dead blooms trimmed and try to coax the branches into a pleasing arrangement on the trellis. It actually started to take off and had a huge branch that I had to finagle to keep it trellised.

Now for this year. I can’t believe this was once the sad little rose that I was convinced I killed every year. It has gotten huge and produced over 40 blooms! The buds are more beautiful than ever before. They looked almost orange before they started to open up. It has put on quite a show. I was outside every night for over a week snapping shots of the various stages of the rose buds. It still was plagued by aphids and caterpillars but a little spray of insecticidal soap got rid of them. Plus it looks so healthy now that I don’t think it was phased by a little bug munching.

I tried to pair down my shots of only the best ones. The rose is done blooming for now but I’m expecting another show later in the summer. These pics are from various stages in the blooming process. 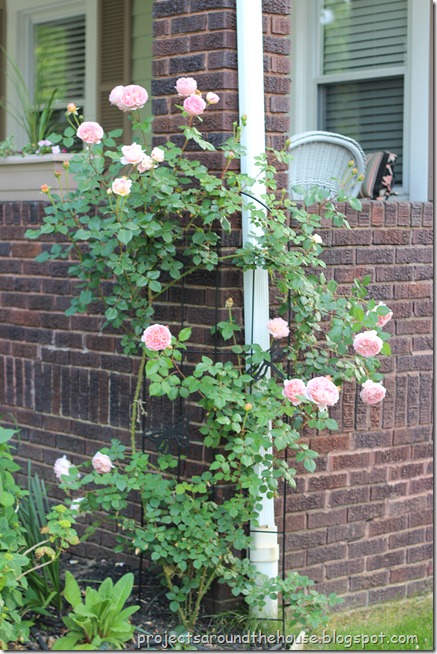 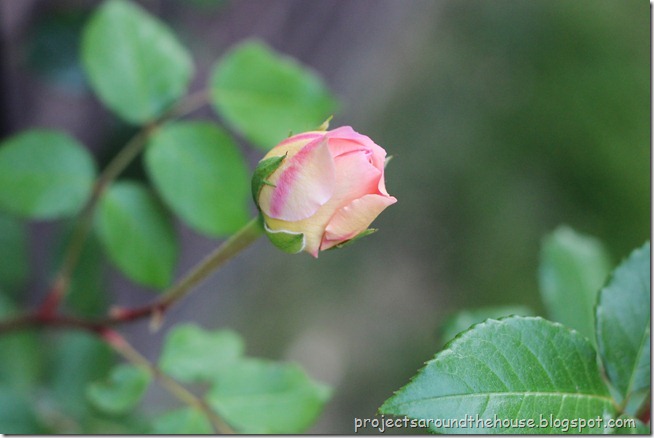 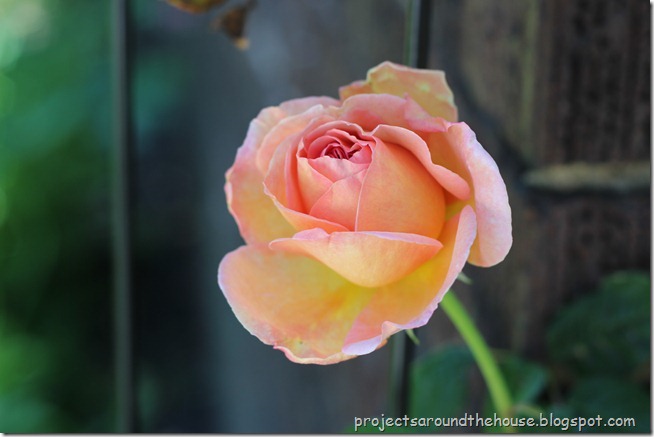 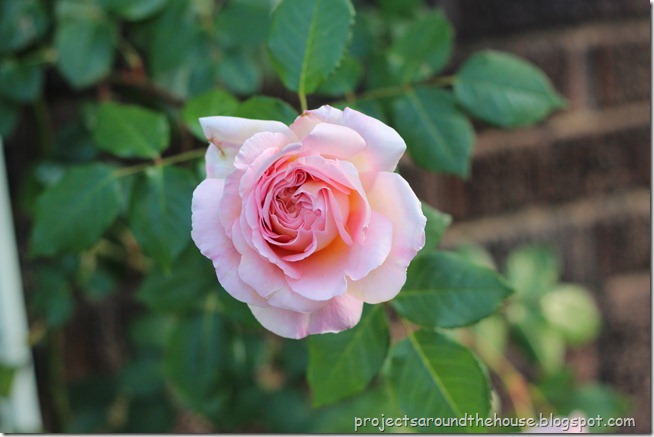 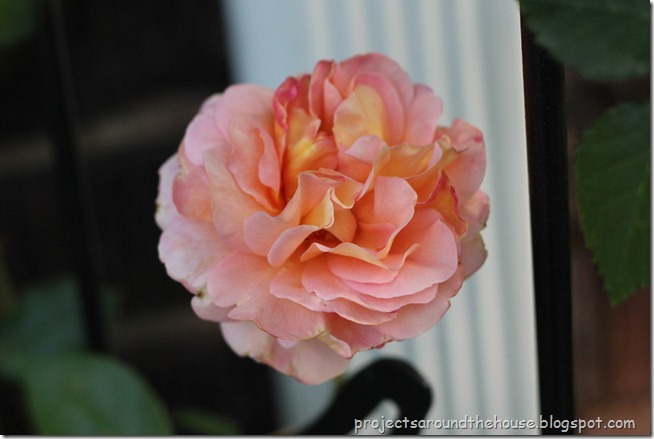 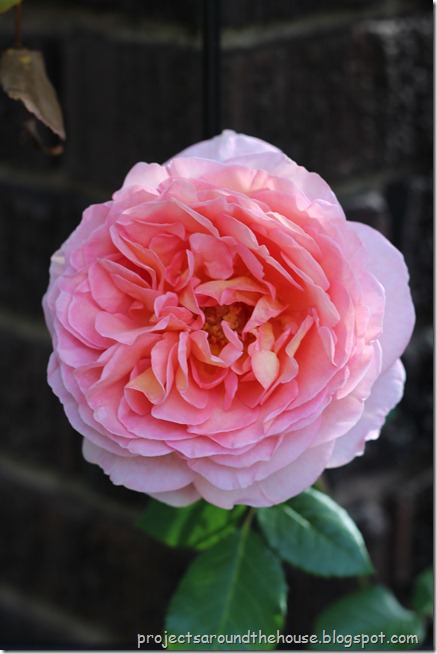 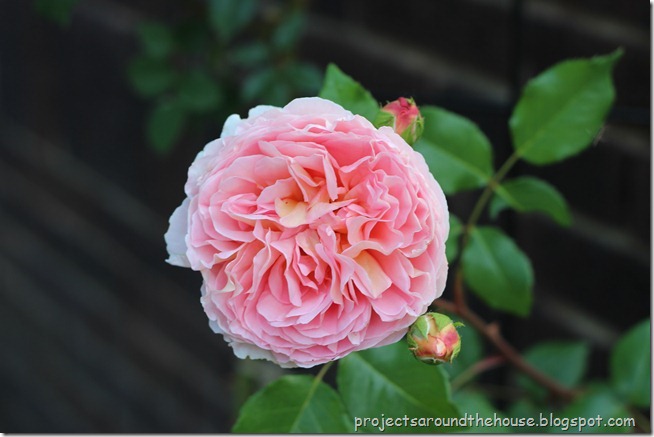 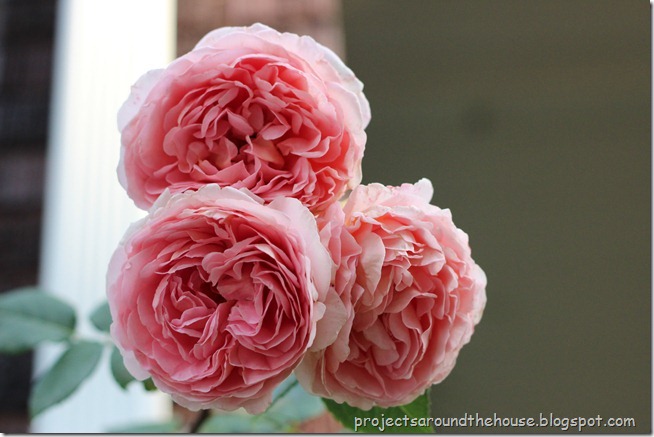