This is my fourth year that I have planted a large vegetable garden in our back yard. The first two years in our house I had a couple of veggies in pots on our patio. Then I got bit by the gardening bug. My mom was always an avid gardener and I didn’t have a huge interest in it until four years ago. I always liked planting flowers but wasn’t that interested in growing my own.

The first year I grew a vegetable garden I planted everything from seed. I had no idea what I was doing and it was completely overgrown. I planted yellow crookneck squash, zucchini, cucumber, tomatoes and peppers. I didn’t realize that yellow squash is a huge vine that grows up to 6 feet long. I planted way too many plants and we had squash and zucchini out the wazoo that year.

The second year I decided not to plant anymore yellow squash. I convinced Mike to help me expand our garden and I planted zucchini, cucumber, tomatoes, peppers, spaghetti squash lettuce, swiss chard and carrots. I started them all from seed except one of the tomatoes. This was the year we discovered we hated swiss chard. No matter how I tried to cook it, it always tasted like dirt and I decided not to plant that one again.

This was also the year I met my garden nemesis the striped cucumber beetle. Those nasty little bugs killed my spaghetti squash, cucumber and zucchini prematurely. They like all vegetables in the cucurbit family. That’s anything in the squash or cucumber family. I tried spraying them will all sorts of bug killer but I couldn’t get rid of them. I refused to use anything that wasn’t organic because I am against pesticide in the vegetable garden. We had a short zucchini season that year.

This was also the first year for my volunteer grape tomato. It sprung up in our window well out of nowhere. I told Mike it came out of a bird’s butt and he liked that explanation so much he made me tell everyone that ate those tomatoes 🙂

Last year, the third year, was when I discovered square foot gardening. I don’t remember what got me started on it but I diligently read up on it with books from the library and Googling different sites. The premise is to plant more vegetables in a smaller space by using raised beds. This felt like the perfect answer to our small back yard and poor soil. I convinced Mike to build me three 4 by 4 raised beds with an attached trellis. I worked really hard that spring to set up the new beds and spread grass seed over the old garden.

I loved my square foot gardens. They were so much easier to maintain. I still battled with the cucumber beetles but I tried to be more diligent about squishing them. That was the only method that worked. Those little suckers are quick. I kept them to a minimum but they still ended my cucumbers early. This year I tried some new veggies. I started them all from seed. I grew garlic, peas, dinosaur kale, baby bok choy, lettuce, onions, new tomato varieties, new pepper varieties, cucumber, squash, radish and bush beans.

I saved seeds from my volunteer tomato and grew it in one of the beds but it also sprung up again in the window well. I found it to be so fascinating that this tomato came back again. It’s pretty unusual for a tomato seed to survive through the winter and start growing in the spring.

At the end of the growing season we brought home our pup Abby. She is a mini garbage can with a taste for veggies and digging. Abby and Rufus, our other dog, enjoyed eating the tomatoes that fell off the plant at the end of the season. Then she discovered the kale plant that lasted through the frost and the garlic bulbs I had planted in the fall. All winter she would root around in the garden and several times she came back in with garlic burps. She also enjoyed eating the tops off all of the garlic that actually sprouted.

This year will be my fourth year of my vegetable garden. This is the year Mike and I puppy proofed the garden with fencing so there are no more garlic burps and digging.  I am growing garlic, lettuce, baby bok choy, kale, peas onions, radish, three kinds of beans, carrots, peppers, and tomatoes.
I didn’t start everything from seed this year because we were thinking of moving and I never got around to it. We made a trip to Lowes yesterday and picked up tomatoes, peppers, basil and lemon thyme (more on my herb garden later.) I planted seeds for lettuce, radish, bush beans and carrots. Plus I also planted cilantro, parsley and dill. I am not putting in any cucumbers or zucchini this year in the hopes that I can break the cycle of cucumber beetles. I don’t have the desire to try and outsmart them this year. My volunteer tomatoes popped back up in the window well again so that’s one tomato plant I didn’t have to buy from the store.

I put everything in last weekend but it’s a tad bit early to be planting all the warm season veggies in the garden since I am in zone 5 and there is a possible chance of frost up until Memorial day. I am taking my chances this year early since the weather has been really mild. I will be diligently watching the forecast though and be ready to cover my plants up with some frost protection in case it happens.

That was a long story so if I didn’t lose you by now, thanks for reading 🙂

Here are a couple of my cool winter crops before the warm season veggies went it. 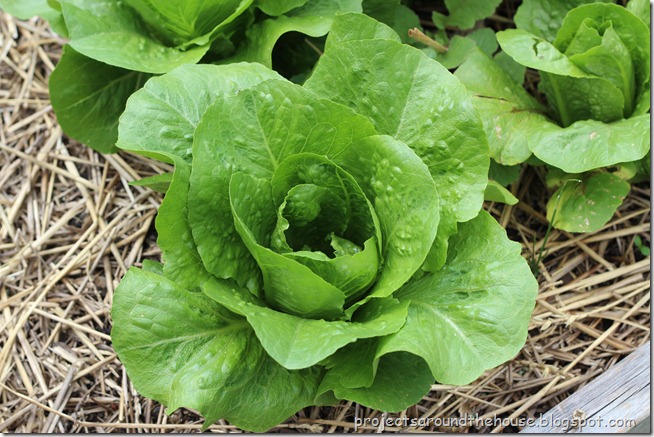 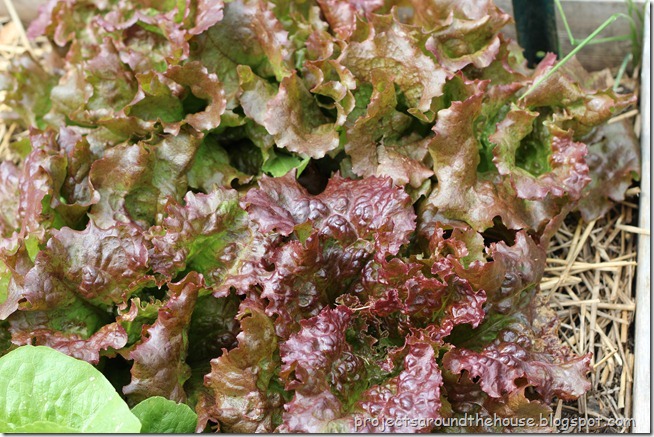 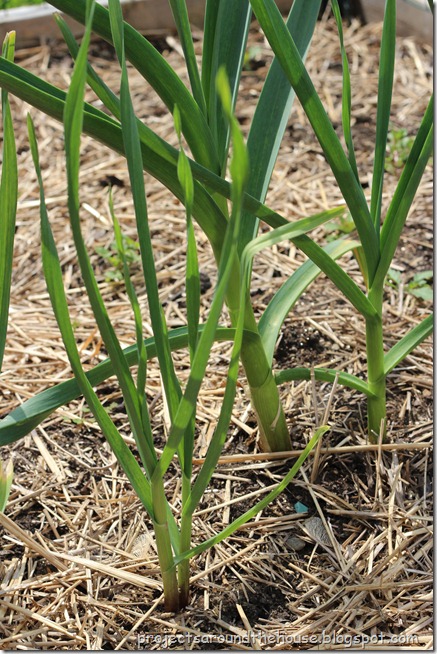 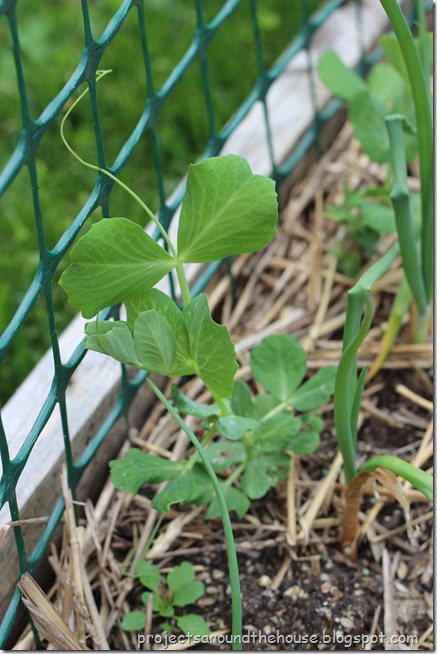