The crocus is my front bed bloomed last week so I know it is officially spring. This spring and summer I am not pregnant and I don’t have a newborn baby so I want to focus on my veggie and herb garden. I’ve got my seeds ready to go and I’m ready to plan out my garden. I talk about my garden every year but it usually revolves around my flowers and not as much about the vegetables so I’m going to dedicate some time to those neglected veggies so get prepared for some veggie love. 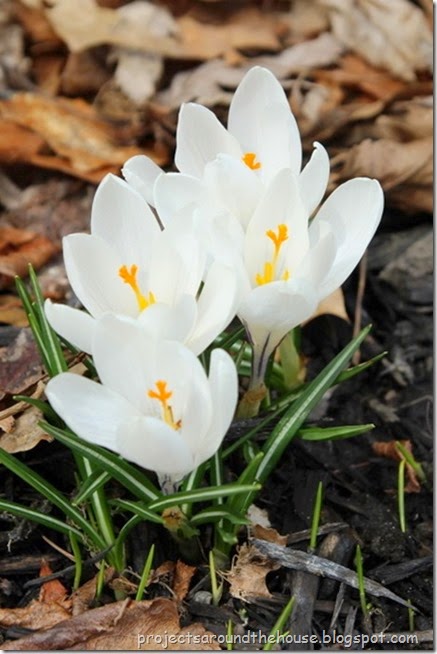 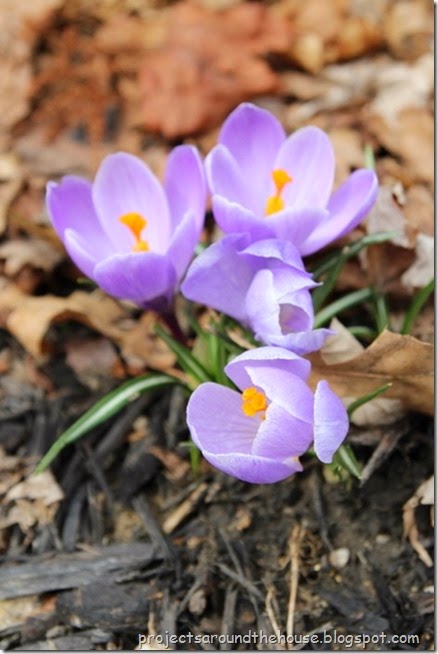 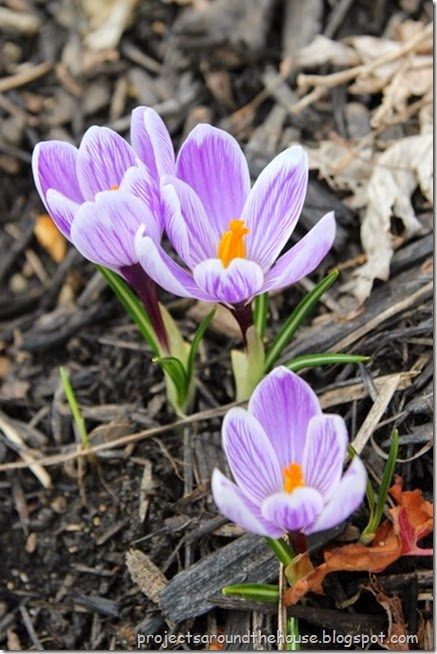 I love gardening and I developed a real passion for it after we moved into our house 8 ½ years ago. I read one million and one books at the library and countless articles online about how to create a veggie garden, planting flowers, gardening on a budget and more. It was a lot of information and I’ve gone through a lot of trial and error to figure out what works for me. I do believe that gardening is personal and a lot of it depends on what works for your lifestyle and the space you have.

Our veggie garden has gone through a few different variations. First we potted in planters, then we dug a garden in the ground, then I had three square raised beds and now I have a rectangle raised bed combined with pots.

I bought a whole bunch of new seeds this year to get me excited about planting. I actually trying out almost all new varieties. I am a huge fan of Pinetree Seeds and I’ve ordered some great stuff from them in the past.  They have lots of unusual and heirloom varieties with great prices.

In the rectangular bed I’m going to plant:

3 tomato plants- These will go along the center. I’m trying two new varieties Polbig and Gardeners Delight. Polbig is supposed to be compact and an early variety maturing at only 56 days. It’s also determinate which I’ve never tried before. Gardeners Delight is a cherry tomato maturing at 67 days so still pretty early. Tomatoes take a really long time to mature in my garden so the number of days to maturity was a pretty big factor for me. Since both varieties produce smaller fruits I’m hoping that helps too. I am counting on having a volunteer spring up from my Sungold plant since that one will come back if I leave some tomatoes on the soil in the fall.  Love the taste of that variety although they are prone to splitting if you pick them too late. I’m still searching for my “holy grail” tomato so I will continue trying new varieties until I find it (if it exists.)

Radishes- These will go along the outside edge. I bought cherry belle radish since my old seeds were depleted.  I think that is a pretty common variety. Radishes mature in about 21 days so I should be able to plant a couple of crops of these.

Green beans- These will also go along the edge since they are all bush varieties. They should be done before the tomatoes get big and if there is still room after they mature can plant another round. I am trying Bush Romano and Royal Burgundy this year plus I may throw in some Bush Lake and Burpee Tenderpods that I already have.

In the pots I am going to plant:

Lettuce-  Its pretty easy to grow but it always gets eaten by slugs in the main bed so I’m hoping to have more control over it in a pot. (Slugs can get into pots too though, I hate those slimy buggers.) One of my issues is always over planting so I will have to be more careful to control that.

Carrots- They do way better in loose soil and I had good success in pots last year. I am trying Napoli carrots this year.

Green beans- You have to succession plant bush green beans to keep them going all season so I will plant a couple of crops of them in pots. They are very easy to grow from seed and fun to pick. Lincoln enjoyed munching on them last year.

Zucchini- I’m trying a new variety of zucchini that is supposed to be more compact called Cocozelle. I’m hoping it will work well in a pot, which is something I’ve never tried before. My zucchini last year took over my garden so that variety will not be coming back again ever.

Banana Pepper and Red Cheese Pepper- Even though I have terrible luck with peppers, particularly bells, I’m going to try peppers again this year. I grew a Banana Pepper in the past reasonably well because the peppers are smaller and grow more quickly. The Red Cheese Pepper is a smaller red pepper that I also grew in the past but can’t remember how they did. One of the big issues I have with peppers is that they always get crowded out by larger plants like tomatoes or zucchini so I’m giving it another go this year in a pot. The definition of insanity is trying the same thing over and over with different results right? Ok, kidding, I am trying something different this year with the pot because I love peppers and I just can’t give up until I figure out how to grow them.

Broccolini- This is something new this year and I’m probably starting it way too late to be successful but I’ll give it a try anyway.

Herbs- I will be growing basil, parsley, dill and cilantro. I have chives in a pot and in the veggie bed and I also have a patch of oregano growing in my front bed.

Things I’m not growing but kind of wish I was:

Onions- They are really easy but they take up a lot of space and are so cheap from the store I am going to pass this year.

Peas- I don’t have a trellis so this is not going to happen. Plus, I’ve struggled to get these going in the past. Spring veggies are a real struggle for me.

Cucumber- Again, no trellis but also I have been kind of jaded with the cucumber ever since I had a horrible cucumber beetle infestation a couple of years ago. I am still wary to bring them back although I think it was growing a spaghetti squash that year that really attracted them. I’m already doing a zucchini which is in the same cucurbit family so I will keep cucumber beetle attractions to a minimum.

Potatoes- Ok, truth be told I’ve never grown potatoes but I think they would be really fun and delicious. Maybe I can get Mike to build me a potato planter for next year…