In case you’re wondering, I’m still having a boy 🙂 My coworker at work is also pregnant and due at the beginning of September with a girl. I have been wanting to make her some hats and since she could have her baby any day now I had to hurry up and get crocheting. I swear I work better under pressure.

I showed her some of the hats I’ve made in the past and she picked two that she liked. She also said to just surprise her so I decided to make up a new pattern too. All three of these hats only took me about four days to make. The bear hat was the longest since it’s single crochet with extra embellishments and the bow hat I created and made in one evening.

Makes me kind of wish I was having a girl because I am in love with baby girl hats. Now I have the itch to make hats for my own little guy. They will be just as much fun and I actually get to keep them 🙂 Mike wants him to love sports and all things guy related but for now I get to dress him in adorable baby hats.

I used my Crochet Newborn Bear/Monkey Hat Pattern for this hat. It came out much bigger than when I originally made it so I think I must be crocheting more loosely than I did almost two years ago. I ended removing a row of increases and it came out with a 14 inch circumference which is more of a 3-6 month size but it should still work later in the winter. 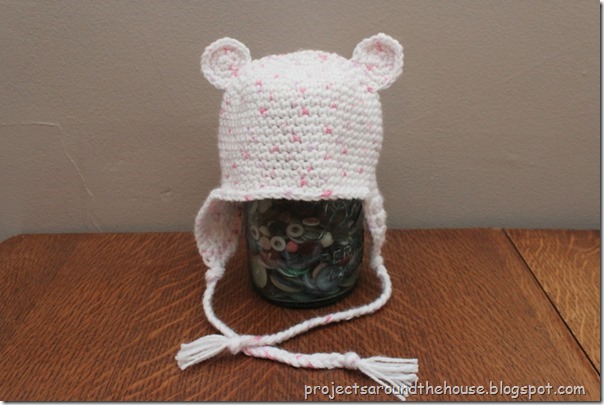 I made this baby turban hat for my friend’s 9 month old daughter last fall. This time I followed the original pattern more closely but I didn’t crochet the last two rows because it was a little too long. 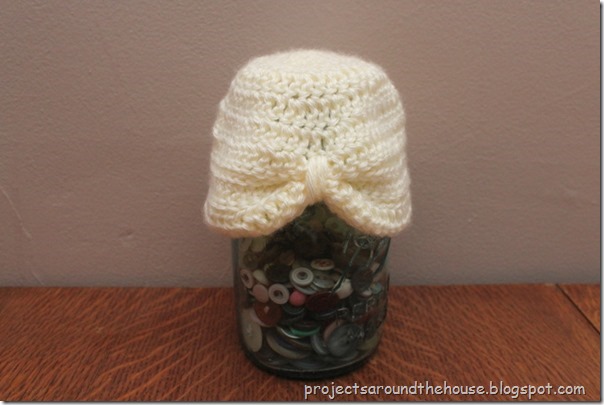 This is my new creation. I saw something similar once on Pinterest with a stripe and a bow and I always wanted to try and recreate it so I finally did. I’ll share the pattern for this next week. 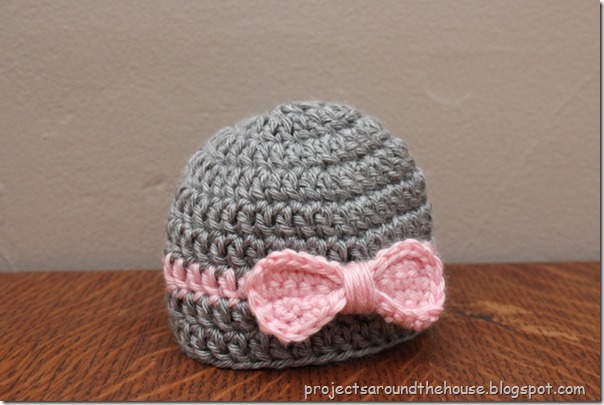